The other day I went out for lunch with my good friend Jack the Hat, and, inevitably, we got into our interminable old men's discussion about the history of football, who was the greatest player we ever saw, what was the exact team line-up for the Scottish Cup Final of 1975, and other varied and interesting stuff.

Well, it's maybe a bit specialised, but we get a lot of value out of it. One of our regular subtopics is the history of the Scottish teams. We got into the subject of club nicknames the other day. Let's not dwell too much on details, but we agreed that there is something particularly odd about the nickname of Dunfermline Athletic FC, who are known to their fans as "the Pars", and have been for a very long time.

Dunfermline are not one of the great teams of Scottish football, but they have been around for a very long time, and numerous generations of their supporters have doubtless gone to their graves with the club's badge engraved on their hearts, so they deserve to be treated with all due respect.

They are currently in the Scottish Championship, which is one level below the top league (The Scottish Premiership), and, though they have won the second-level league title numerous times, the only major trophies on record are two wins in the Scottish Cup, which they won in 1960-61 and again in 1967-68. They have had a good number of distinguished players, including internationals, but the most famous of these are individuals who went on to become successful managers in England, notably Owen Coyle, Sir Alex Ferguson and David Moyes. 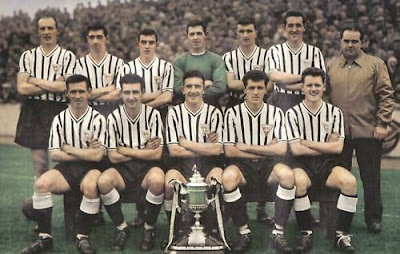 Anyway, back to the point. Why the Pars? Well, there are a number of theories, some of them remarkably stupid, but the most likely is because of the club's playing strip. In the early days, Dunfermline played at various times in blue or maroon, but since 1909 they have worn black and white vertical stripes. The nickname is most likely to have come from the Parr, a juvenile form of the salmon (a very important fish in Scotland), which is similarly decked out in black and white stripes. 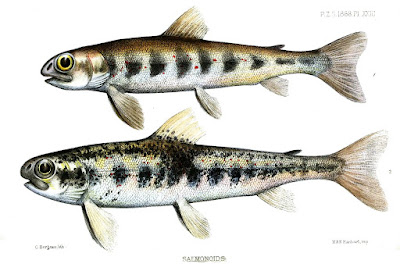 So there you have it - a piece of information which is unlikely to come in useful in your local pub's quiz night, but there is a wider context which I find interesting. Anyone got any more stories about the nicknames of sporting clubs, any sport, no matter how minor, never mind how disputed or convoluted the history of the name? I'm interested in this stuff, for reasons which have more to do with social history than sport, to be honest. I'm also horrified how little sense of the past modern sports fans have, but that's another issue.