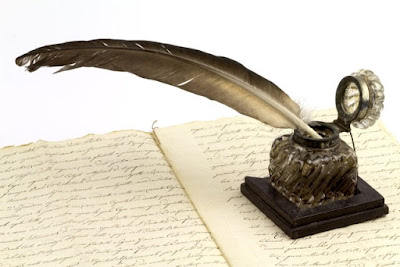 For the last year or so I've been working on a set of home-made rules for the WSS. Things have gone a bit quiet, but they have not disappeared; they are undergoing a heavy re-write at this very moment. It's been very interesting; there have been a few disappointments on the way, and I've been reminded of a few things I should have remembered anyway. Overall, I've enjoyed it immensely, though this still depends on a belief that something decent will fall out of the end!

I contacted my good friend Stryker last week, to run some ideas past him. He is a sound chap - very sensible. Whereas I have a lamentable tendency to over-think stuff, and tie myself in knots (punctuated from time to time with complete changes of direction), I find him an invaluable support since he knows his wargaming, and he can take a look at something and notice that some bits of it are, in fact, nonsense - a gift which I never managed to develop.

So today's blether here is largely a result of mulling over my chat with Stryker. The cheque, of course, is on its way to him.

In the first place, I was keen to get involved in WSS miniatures gaming because I've always fancied the idea and the look of it - it seems like proper wargaming, somehow. It also - in theory, at least - seems to be a period which lends itself well to the rather stylised presentation which is necessary for toy soldiers. There is a good mix of horse-and-musket type arms, but there is a pleasing lack of fiddly bits - no skirmishers, no squares, no horse artillery, no attacking in column, and everyone moves about in nice straight lines. Ideal.

I have read a good number of published rule sets, and I decided that writing my own rules was an important part of the project, though there are enough options available to leave wiggle-room for giving up on the rules idea if necessary.

So I set out, early last year, to write a set of rules which would embody all the things I like, carefully avoiding the things I have lost patience with over the years. Terrific. I did a lot of sketching, and note-taking, and pinching of promising ideas from other sources. There was a lot of arithmetic, and experimentation, and it was all shaping up nicely. Life has obviously been strange, as a consequence of the pandemic, but I decided this would present an opportunity for an extended period of solo work, and I could make a really good job of the WSS rules.

There have been some hefty changes of heart from time to time (see earlier...), but the basics of the game came together nicely.

Then there were a couple of playtests - these were handled by Zoom, which is better than nothing, obviously, but brings some constraints of its own. The playtests were approached with good humour and great fortitude by my collaborators, but I was left with the realisation that I had spent a lot of time developing a game which I didn't like very much! This, I guess, is a commonplace situation in developing rules, but it is disappointing when it happens.

In reality, of course, it's just another step on the "two forward, one back" path, or whatever variations on that theme are appropriate from time to time. I have been reminded of a number of important principles, which I really should write on a whiteboard somewhere. Some of them are so bovinely obvious that I am embarrassed to put them up here.

* Your rules should reflect the type of game you like, and also (of course) the period and the size of battles you are aiming for. [In my own case, I have gained a lot of benefit in the past from reading design notes by Frank Chadwick and Howard Whitehouse, who are particular heroes of mine.]

* You can playtest your rules on your own for as long as you like, but you will always attempt to play the game in the way that you intended it to work, and back-fit the rules in accordingly. This may come off the rails when you involve some outsiders!

* Proof-reading your own rules may improve the spelling and the punctuation and the layout, but you will always interpret them as what you meant to say (regardless of whether you have actually said it).

* Writing a proper manual before the rules have stabilised has some advantages, particularly if you are intending to play this game with someone else, but it adds greatly to the problems of version control and of making substantial change - the timing of the shift from rough notes and crib-sheets to a proper booklet is tricky to get right, and only becomes obviously problematic when you find you have done it wrong.

* I have, I regret to say, a passion for adding details and fiddly bits to rules, with the intention of improving them, but usually I just slow things down. I need a slap every now and then.

The last (Zoom based) playtest game we had was slow and turgid, and got bogged down in a long-range firefight which would never have happened in 1704, and which my rules did nothing to discourage or prevent. That was the klaxon signal for a major re-think, and I've been working on it since then. Some of the revisions have subsequently been revised, of course, but I believe I am now making good progress, though the re-write of the booklet is a major overhead. 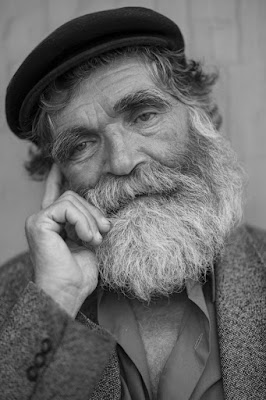 Anyway, my Prinz Eugen rules are shaping up to draft version 0.8 (the production version, if such a thing ever exists, will start at 1.0!). I have made them a lot simpler, I have dropped some pet ideas because they slowed things down more than they improved the game. It is coming together, I think. This week I had intended to get some troops on the table to try some serious solo playtesting, but Real Life is starting to creep out of the shadow of Covid-19, so I am busy, but it is a necessary step, and it will go ahead.

I'll do some photos, as evidence of my resolve.

Since Tony Barr has closed his East Riding Miniatures operation, I am wondering where to buy my MDF bases in future. For as long as I can remember, Tony has been so helpful and so quick to respond to requests that I feel more than a bit lost without him. I use odd-sized MDF bases - metric sizes, quite a lot of them, in 2mm thick for figure stands and 3mm for sabots and bigger pieces. I had a look at the Warbases website - maybe that is the thing to do, but I was short of time and found it difficult to find my way around.

Supreme Littleness Designs have done some nice work for me in the past, but I think Michael is heavily involved in doing scenery design work for other suppliers at present.

Simple question, really - I am in the UK - maybe the answer is "Warbases" after all, but does anyone have any strong recommendations where I should get my MDF bases now? All helpful suggestions welcome.

I spent a few hours in the dreaded spare figures boxes last week, and eventually collected together enough good figures to draw up a plan to paint the French Napoleonic Guard Chasseurs à Cheval. The troopers will all be OPC Hinton Hunt, the command figures SHQ, cobbled to fit on Hinton Hunt horses (FNH3). All good - pleased that I've got that worked out at long last. Yesterday I put the collected castings into a little sandwich box, to label it up for the project, and was rather irritated to note that I had lost the extra HH horses I had found for the command. Obviously I must have left them lying somewhere, so I had a good search - the front of bookshelves tends to be a favourite spot for such things - no. Didn't find them, after a thorough look around.

Next obvious possibility is misfiling - maybe the horses got back into the spares boxes? No - it took a while to check, but they are not in there. There are, of course, lots of other wrong boxes they could have finished up in, but we are getting to the limits of possibility here. Anyway, I abandoned the search, hoping that I would remember what I had done with them. I couldn't have accidentally thrown them out, surely? Stop it! - I went to bed last night, determined to continue the hunt as soon as possible, and not really worried, but these things do niggle.

Today was a busy day; I had to travel into Edinburgh, and while I was sitting on the train, reading my book, I suddenly remembered very clearly that the extra horses had been put into the stripping jar, which is about 3 feet from where I was conducting the search, and is in direct line-of-sight (to use an artillery term). Problem solved. Well - one problem, anyway.

At present I am having problems with Blogger again - I just know it must be my own fault - something to do with Account Settings, but I haven't got to the bottom of it yet. For a start, I am unable to comment on anyone else's blog (well, in fact, there was one day when it worked...), and for another thing I can only upload photos into my own blog one at a time, which is tedious. I am sort of keeping an eye on things, but I wished primarily to offer my apologies to anyone who is feeling neglected - at present, Blogger insists on my leaving comments under my Gmail address rather than my official blog ID - can't do that, I'm afraid. I am thinking about this, but I'm hoping it heals up, which is what usually happens with Blogger issues.