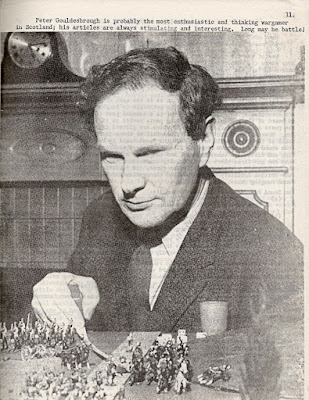 I was delighted to receive a very nice email from the daughter of Peter Gouldesbrough, the pioneer Edinburgh wargamer, whom I knew for a while around 1983-85. Peter was the subject of a post in this blog back in December 2017; his daughter had recently come across my post and was pleased with it as a personal recollection [phew!], and she wrote to thank me for my effort.

She also told me that, sadly, he passed away in 1988, at the age of only 70, which goes some way to explain how I lost touch with him so completely. As before, I publish this here only so that anyone who knew Peter can share this information.

Some of Peter's old soldiers came to light in Edinburgh a few years ago; to me, it all just confirms that, when it comes to toy soldiers, we really only get to look after them for a while.

I made a small breakthrough this morning. I was lying in bed, trying to raise the energy to switch off the radio news channel which was offering me the Message for Today from a member of our fine Government, and irritating the life out of me.

And then it struck me. The politician is not speaking to me. She does not care about me at all; I am not one of the people she is interested in. Since I have the fine record of having voted for the losing side in every possible election, national or local, for the last 12 years (with the single exception of the Scottish Independence Referendum in 2014 - I nailed that one), and since, in our traditional first-past-the-post electoral system in the UK, I am not likely to have any effect on anything at all for the foreseeable future, I have decided that I shall withdraw my vote. I am not playing any more. I am done with democracy. They can, in fact, shove it. Whatever happens next, chaps, it will not be my fault. Thus I turned off the radio with a clear conscience, and emerged into a fine sunny morning to find something more useful to do.

Here I am, emerging: 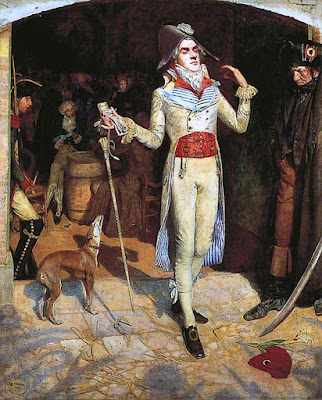 There is no shortage of stuff to do on a Sunday - washing, sorting and putting out the recycling for Monday collection is a worthwhile thing to do, so I got that all done. Good.

Next I experimented a little with my breakfast toast, and came up with the following new concoction, which I can guarantee is an awful lot better than it sounds.

Wholemeal toast, spread with crunchy peanut butter, a smear of Marmite and a mashed banana (slightly over-ripe). Though I say so myself, this is an excellent start to the day. Recommended. 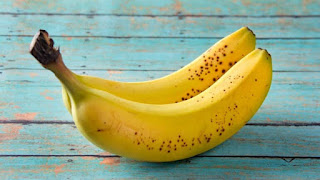 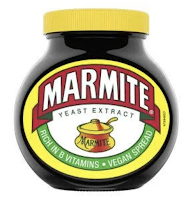 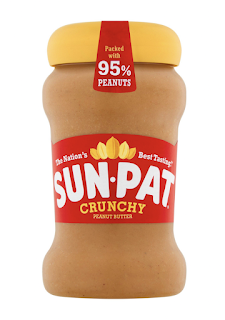 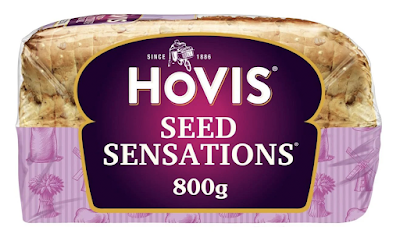 Lastly, I extracted this link from one of my online news-feeds. I am interested anyway, since I am doing a fair amount of thinking about Zoom sessions at present, but this presents some potential hazards of videoconferencing which I hadn't thought of before. The man in the video clip is interrupted during a business Zoom meeting when his office is invaded by a squirrel - there's a very good chance you've seen this before, but it made a big impression on me, and it is gratifyingly short.

The conspiracy theorists will suspect that it is unlikely that anyone would film their own Zoom sessions remotely, and that it must be fake, but I am pretty much convinced that this man really doesn't care for squirrels at all. Mind how you go.

I agree that the presentation of my new breakfast combo is a little tricky. Nouvelle Cuisine and mashed banana are uneasy fellows. 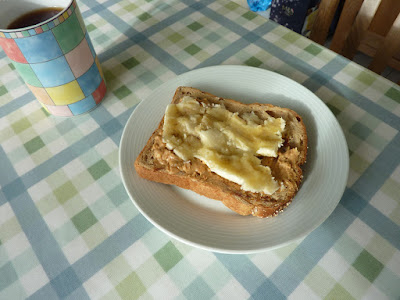 For those who think a little garnish would help, I suppose a sliced strawberry might be acceptable, though the special would have to be a sprinkling of M&Ms, I think. Ideally, this morning's banana could have been a little more gooey.

My WSS armies very largely use Les Higgins 20mm figures from the 1970s. That range provides a good choice of poses, but the one obvious shortfall as far as I am concerned is in the choice of general officers. In fact there is only one, so there is no choice at all; Higgins provided a very good officer, in tricorne and cuirass, carrying a baton. I've used a good many of these, painted up in all sorts of colours, to provide for my Austrian and Bavarian armies, but for the French and the British, whose generals rarely wore cuirasses over their coats, this pose doesn't really cut it.

Anyway, work has been proceeding on this, and I now have some new castings, which I've been itching to get some paint on. The challenge has been to provide a cuirass-free general who will sit nicely on a Les Higgins horse, and here is my first test paint effort. 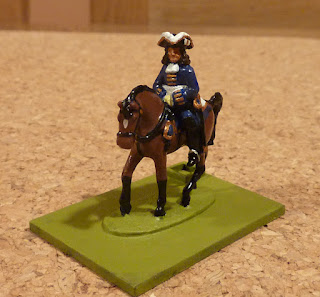 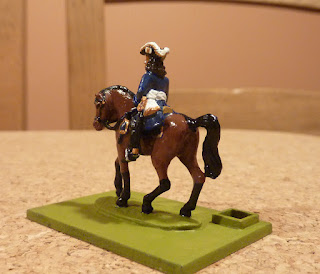 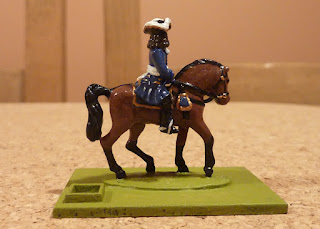 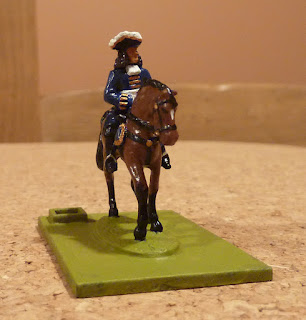 This fellow is a rather conservatively-garbed French officer, as you will see, and I'm very pleased with him. My compliments to Frederico for his splendid sculpt. I'll prepare a few more of these in various uniforms, and this will provide a real step forward on the recruitment front. All sorts of parade photos will present themselves.

Next up should be a British general...

It's been a while since I was here. Very pleased to have received a unit of French dragoons, very nicely painted by Lee. These chaps are the regiment of La Vrillière, complete with their dismounted contingent (who normally wait on the bookshelf, until they are required). 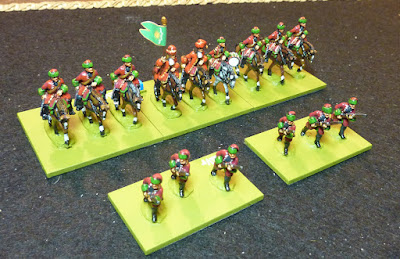 I have done a couple of units of artillery in the past using only castings from Irregular Miniatures, and I use a lot of command figures from them, to look after my Les Higgins troops, but a complete unit of horse, all from Irregular, is unusual indeed. Irregular's slightly smaller horses are perfect for dragoons.

It took me a while to get around to doing the necessary conversions for this unit, but in fact it was pretty straightforward. The officer and standard bearer have hat transplants, and the drummer is a dragoon trooper, carved within an inch of his life to accept an old spare drum from Musket Miniatures (I think) which has been in my spares box for years. Decades, actually.

The dark red colour was officially described in the dress regs as incarnat, and it is correct that the officers of the regiment chose to wear bright scarlet instead. Quite right, too.

Thanks again Lee! There is another unit of French dragoons in the pipeline...