Unusually quick and pointless post today. Among the stuff which we inherited from my late mother-in-law's house after it was sold were some bin liners (trash can liners) made by Brabantia, a Dutch-owned company which specialises in household products of decent quality. I realise that this is a very well-worn and childish joke, but I like it, since I am a very well-worn and childish person. 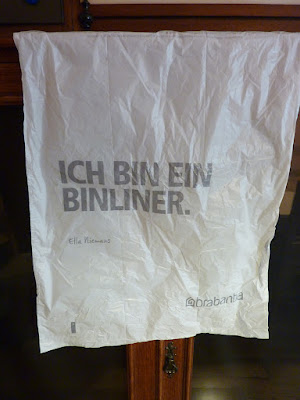 This will, inevitably, get us back to the eternal debate about whether Kennedy was correct when he said "Ich bin ein Berliner", after peeking over the Wall. My understanding is that, if he had just said "Ich bin Berliner", he would have said "I am [spiritually, empathetically] [a person] from Berlin", which is what I believe he meant.

It is argued that what he actually said, of course, is that he was a small doughnut which famously is a local speciality in Berlin. Obviously that is not what he intended, so the joke is short-lived enough, but people have to show off their imagined superiority, and have debated it ever since. I imagine that actual Germans would not think it was particularly contentious, and probably not awfully funny. It may even be that he could have said either - I don't really know, and stopped caring years ago.

It does occur to me, though, that if he had been visiting a different city, he would probably not have been advised to claim that he was a Frankfurter or a Hamburger. 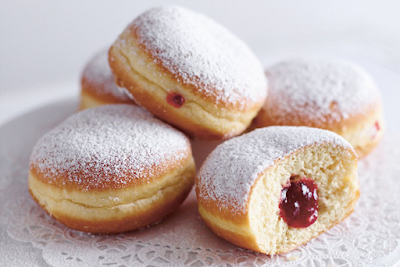