My Bluff Is Called? – Feasibility Study 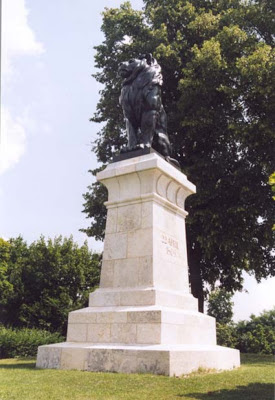 I believe I’ve mentioned here before that I have long nurtured a fantasy that one day I might take a little time to make a tour of Napoleon’s 1809 adventures along the . Like all unlikely dreams, it has a built-in safety factor in that if I never get to do it, I’ll never find out that it was a really stupid idea.

The whole point of a trip like this (in theory) is that you do a lot of enjoyable reading, plan it all out and then spend fulfilling days in the sunshine, walking around clearly-signposted, well maintained battlefields, looking forward to the next bottle of halbtrocken and the odd hot chocolate. Oh – and cakes. Lots of cakes. The campaign is very compact – the early stages involved actions just about on consecutive days, so the distances to be covered are relatively small, and – exactly because it was such a fertile area – Napoleon had his army march right along the tourist magnet of the itself. They would have had cakes every day, you bet. 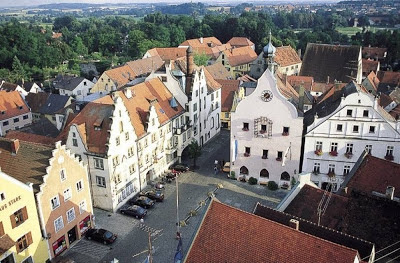 
When I mentioned it in the blog before, I got a very gratifying degree of supportive jostling – hey! just do it – all that. Excellent. This is what you need to keep your fantasies tickly and fresh. I can’t even claim to get any opposition at home – Mme La Comtesse thinks it’s a really good idea. Now that I have the time, and provided I don’t have to cash in the kids’ future to finance the deal, there’s no reason why not. 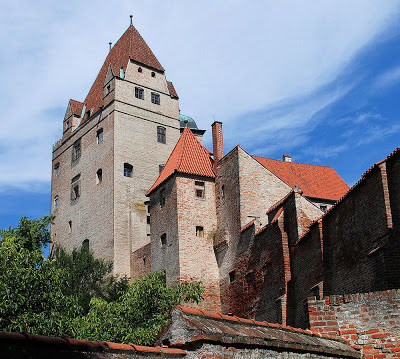 
Well, that’s true. The only argument against getting on with it is that I would then have to organise it and make a job of it. I might mess it up. It might be, as discussed, a stupid idea. There is a risk that my lovely fantasy might turn into a boring mud bath (like some parts of my recent ), or that the battlefields are now underneath local authority housing estates, or a sewage works. I don’t know the area – the and Rothenburg ob der Tauber are as near as I have been. Würzburg, maybe.

Next tightening of the screw is that a friend has expressed great enthusiasm for the project, and reckons we should go next September. Should we do as well? – maybe that would require a second week? – hmmm. At this point, the kids’ future is looking a bit more shaky. 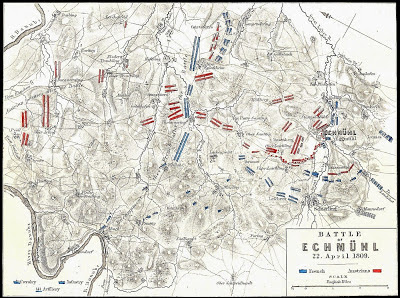 So I promised I would have a look to see what would be involved, and how it would be, and what the costs might look like, and I would get back to him. I dug out Loraine Petre and the John Gill trilogy, and the trusty Elting & Esposito atlas – now you’re talking – and the AvD road maps, and I started taking serious notes. A return flight to from is a bit over £200 if you book it far enough ahead. Hire a car at the far end, and from Vienna it is around 250 miles to Abensberg, then short hops back towards Vienna will get you to Landshut, Eckmühl, Ratisbon (that’s Regensburg to you and me and the road signs), then a bit further to Aspern-Essling and Wagram. Small, family-run hotels – possibly a couple of centres would cover the whole area. Or maybe that’s too much for a week. The more I got into this, the more it seemed like an actual military campaign. Needs a lot more work. Where the blazes is Berthier when you need him?

I had a root around on the internet to see if anyone publishes battlefield guides for this campaign, or this area. So far I came up with very little. Maybe the local tourist organisations can provide more information. Now I come to think about it, I don’t even know how many of the battlefields would make a worthwhile visit. I’m quite happy to work away on this – my only misgiving is that at the moment it looks as though it might be a fair amount of work just to decide if it’s at all feasible. 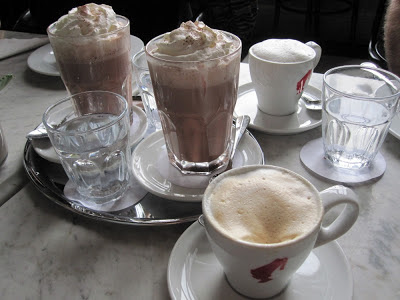 Oh well, all right then


I could, of course, look for a commercially available organised tour – if there is one – these things tend to cluster around bicentenaries these days. The really big downside of such a tour (apart from the cost – I’m sure these are excellently done, but they are not cheap) is that I do not relish spending much time on a bus with a bunch of people who are like me. No, thank you. Also, I was once told a scary story about a trip someone did to the WW1 battlefields of , which was spoiled only by the fact that the organiser/owner/guide was a total pain in the neck, which caused problems after 5 days of continuous, unrelenting monologue. High risk, I think.

So I would definitely prefer the do-it-yourself approach, if I only had a few more clues to get me started. Please – anyone done this, been to this area, know of any books or sources, have any tips on how to go about it? Even insider info about the best cakes in town would be most welcome.
Posted by MSFoy at 21:40