Clive was good enough to come to stay for a couple of days to help with playtesting my ECW game based on GMT’s Commands & Colors: Napoleonics boardgame. He was also good enough to bring with him some rather splendid Swedish and Imperial 30YW armies of Revell figures, which was a considerable help, since my own ECW armies are too small to fight at present. 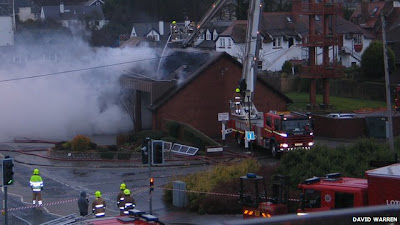 His visit coincided with the only bit of local excitement we have had in in living memory – the fire station burned down. No-one was hurt, fortunately, but I am now a bit concerned in case the lifeboat station sinks. Clive has news that there is some Euro help on its way – two Spanish reserve fire-fighting crews have been despatched to help us in our hour of need – we understand that they are called Jose and Hose B.

Back at the wars, we started off with two Napoleonic battles, just to get us off to a comfortable start and to get Clive up to speed again on CCN.

The first Napoleonic game was an improvised action between an 1811 Spanish army and a French force consisting mainly of Confederation and Italian troops, led by King Joseph himself, no less. It finished very close – the Spaniards (Clive) won 7-6 on Victory Banners – the early failure of a couple of irregular units more than balanced by lamentable French artillery and the tragic loss of the King – struck down by remarkably lucky dice (he’ll be back). Poor old Joe was shot right through his wine bottle.

The second game was based on a scenario for Orthez published on CCNapoleonics.net. The comments on the website suggested that the French always win – well, I have news for you – I was the French and I got absolutely hammered. It isn’t as though I did anything wrong – the game hardly lasted long enough for me to do anything at all, good or bad. It would be pathetic to complain that I was unlucky again...

Then we moved on to an ECW-type battle, using my rules extensions for CCN. We played the same action over a few times, gradually refining and pruning the rules. We found that cavalry were too powerful – far more potent than my early tests and calculations had suggested – so made some changes there which produced big improvements.

To avoid an oversized unit (of horse) being unstoppable on the field, the rules now restrict the number of blocks/bases which may count for Combat Dice. There are also some reductions in the advantages gained in melee by Galloper cavalry and by “Rash” Gallopers, and some detail changes in the use of Stand of Pikes as a defensive tactic.

I’m getting there. With luck, you should find a new panel in the top right corner which will link to downloads of the latest versions of the documentation and cards for the ECW game. Thanks again to Clive for his time and his intellect (and his company, of course), and thanks to my son Nick for his usual, intriguing, rather idiosyncratic photography. The last picture with numbered counters is of an extra game we tried using Victory without Quarter rules. The game didn’t go as well as it should – our knowledge of the rules is not good, the game was not adequately prepared, my support program on the laptop did some things which looked remarkably like logic errors, and fatigue had set in by this stage! 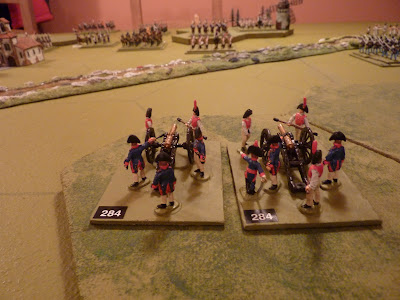 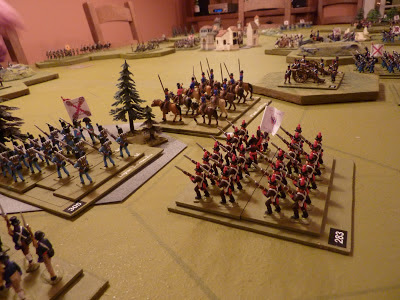 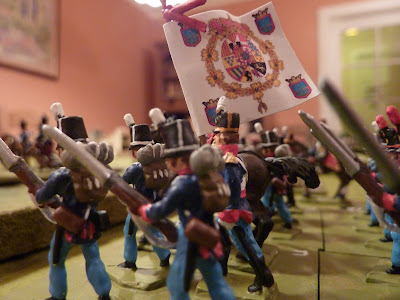 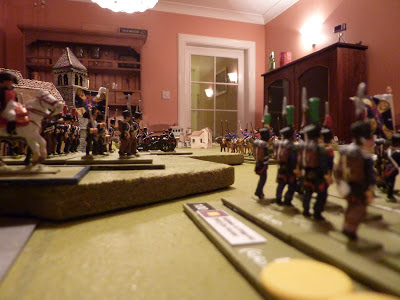 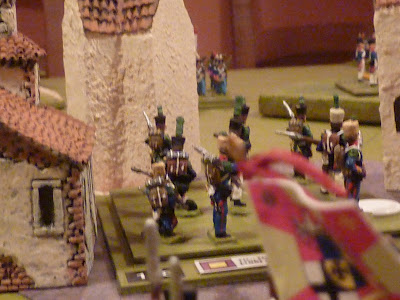 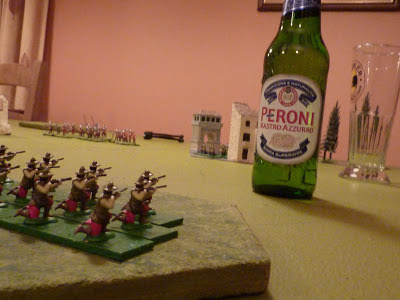 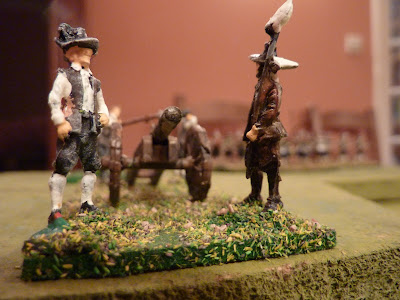 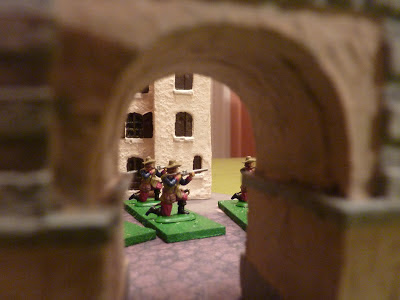 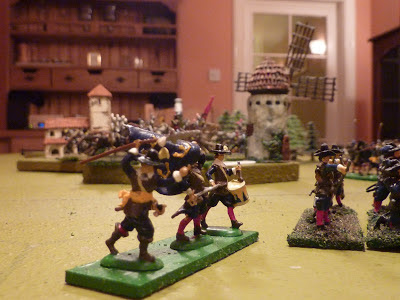 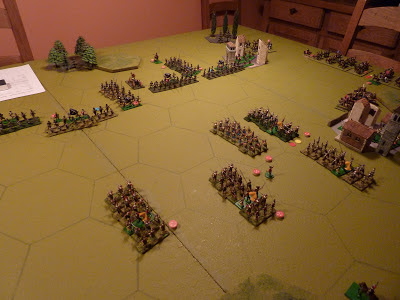 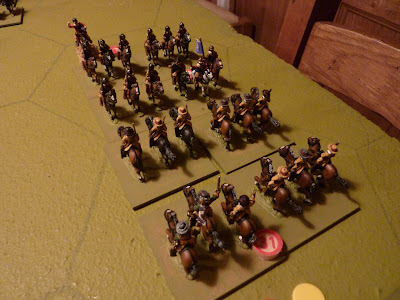