Following yesterday's post about the skirmish at the bridge of Barba del Puerco, Gary very kindly sent me some photos he took when he visited the place a few years ago. Most illuminating - I took a view of the bridge from Google Earth, and I reproduce three of Gary's pictures here. 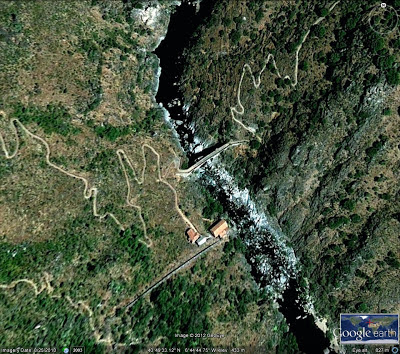 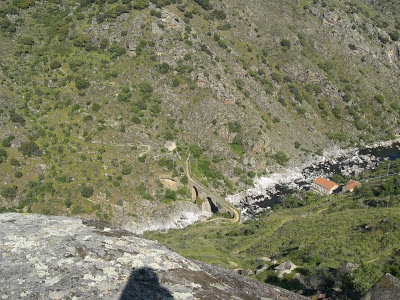 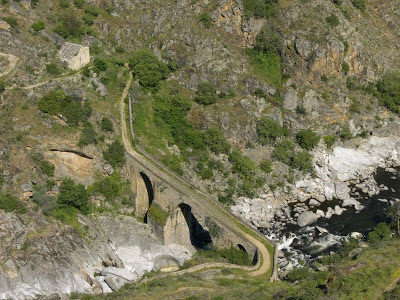 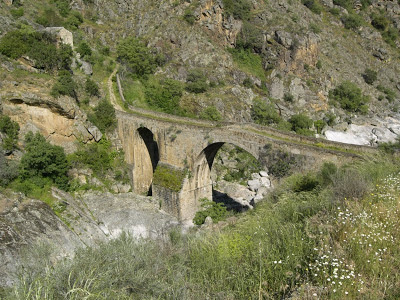 The French side would be on the upper right of the satellite view, and on the far side of the river in the photos. It is very obvious, and Gary confirms - having walked it! - that the valley side the French came up after crossing the Agueda is very steep and rocky indeed. They would not be coming up there with any kind of momentum.

Which leads me to wonder what on earth Ferey thought he was doing. If the objective was to grab the bridge and take the main advance guard by surprise up in the village overlooking the valley, then that might just have been successful, but it was not a position that could be held by anything apart from a herd of goats. If - as happened in the event - the Rifles turned out in time to catch the French on the hillside, it would not take much to roll them back down.
Posted by MSFoy at 21:37

Email ThisBlogThis!Share to TwitterShare to FacebookShare to Pinterest
Labels: Spain