I pre-ordered the limited-edition BluRay re-issue of Bondarchuk's 1970 movie, like a good chap, and yesterday a parcel plonked through my door. I haven't watched it yet. 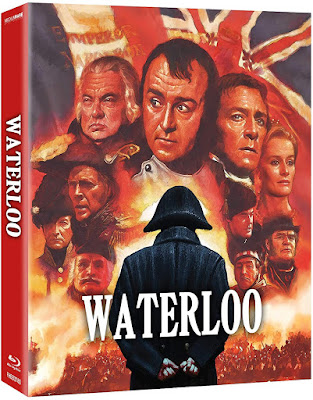 I probably bought this in the same spirit that I would buy another new Liverpool FC coffee mug - loyalty as much as direct interest. The pack includes various posters and booklets and promotional materials - including replicas from 1970; the actual digital material includes sound-track excerpts, a 30-minute documentary about the making of the film and an extra version of the movie with audio commentary added by Simon Lewis. Lewis is a screen writer and author - he has no particular connection with the topic (apart from the fact that he is writing a book about the production of the 1970 film, to be published by BearManorMedia sometime in 2021), so his commentary is on the detail of the filming rather than the history, but there is also military input added by Robert Pocock, the Napoleonic expert [who?] - fair enough - I'll certainly watch that. I'll also watch out for the book, and apparently someone is working on a documentary film about Bondarchuk - if you want to know any more about this, have a look at Lewis's Facebook page Waterloo1970Book - I won't attempt a direct link to FB here, since they never work, but I've seen the page, so I know it exists.

The movie itself, apart from a digital clean-up, is undoctored - the legendary missing scenes are not included (lost forever, it seems), so the Prussian cavalry will still enter the fray carrying their sabres in their left hands, so that they may be seen charging from left-to-right (same direction as the Scots Greys), which the director decided would be less confusing for the audience.

There have been earlier BluRay reissues - the customer reviews for these have been poor, with complaints about Region compatibility and Vietnamese subtitles - stuff like that. I am not expecting to be particularly excited - nor disappointed - by my new purchase. As with the allegorical football mug, the coffee will be pretty much the same. I'll give it a spin next weekend.

Lewis certainly gets a good plug of his forthcoming book. I know nothing of his previous CV, so I shall reserve judgement, though I note with some alarm that in the past he has worked on a film script with the dreaded Dan M Brown - presumably Lewis contributed the bits that weren't pinched from Wikipedia, and corrected the grammar and punctuation.

So - new movie reissue pack in HD - haven't watched it yet - I've seen the original movie more times than I'm prepared to admit, so there may not be too many surprises.

Quite happy so far. I'll probably mention this again. 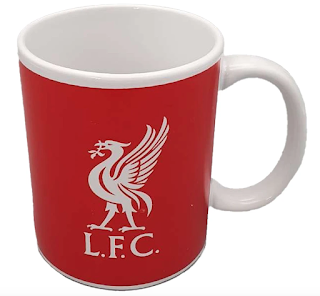 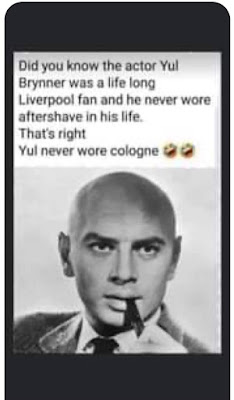