Tomorrow, technology and health permitting, I hope to try another playtest with my homebrewed WSS rules. These have been modified since the last playtest session, so we'll see what's what. I'm working to try to get a C-in-C stand completed in time for the Imperialist force - they may have to take the field without a flag. They won't mind - reduces the risk of getting it captured. 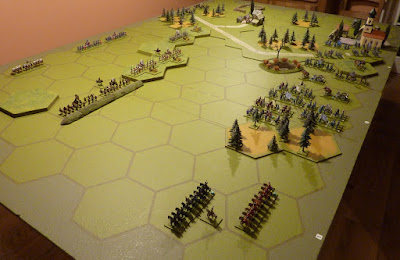 Initial position - Austrians (on the left) in a prepared position near Mönchröden. 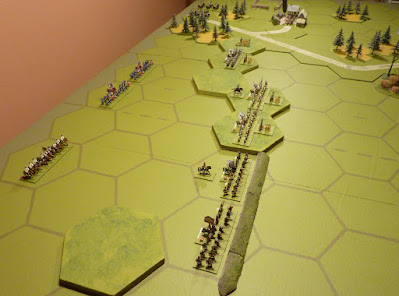 Neither they nor the opposition will get the advantage of platoon firing, but the Austrians do have some battalion guns - just saying. 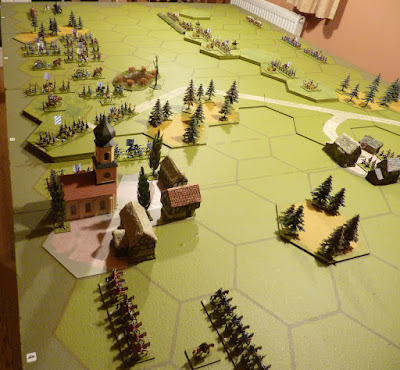 View from the other end of the table - the Elector of Bavaria's troops (on our left) emerge from the woods to find the Imperial forces waiting for them. Hmmm.