This tale is based upon a single - and unexplained - entry in the Accounts and Proceedings of the Council of the Town and Parish of Lancaster, in the County of Lancashire, dated 17th November 1621. The entry is signed by the Clerk of the Council, one Jeremiah Archibald.

The Accounts contain no subsequent reference to the matter. Neither the strangers referred to nor Mr Joseph Smallbone were ever found, as far as we know. 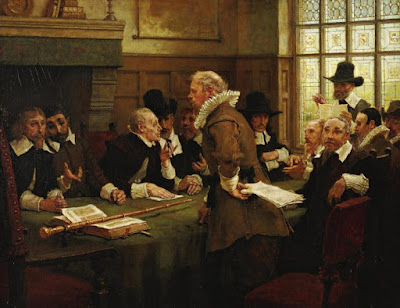 The room was hot, and very noisy - a fire burned in the hearth, and everyone seemed to be speaking at once. The Clerk of the Council rose to his feet and shouted for order.

"If it please the Council - my Lords, gentlemen, they are bringing in Mistress Farr now..."

And Jean Farr duly appeared - she was rather frail, and her shoulders trembled slightly as she was led to a chair opposite Sir Thomas.

"Mistress Farr," said the Clerk, "this is Sir Thomas Fanshawe, who is Member of the Parliament for this town, and who chairs today's Council meeting. Gentlemen, my Lords, Mistress Farr is cook and housekeeper for the Reverend Musgrave."

Old Jean said something, but it was inaudible in the general din. Sir Thomas, removing his hat, rose to his feet and bowed slightly, and raised his hand for quiet.

"Granny Farr," he said, "I know you well - you and your late husband worked at the home of my father, and I know you to be of good character. I trust and hope that the Good God has granted you health and strength? I need you to help us resolve this odd business about these strangers - it has certainly become the currency of every market stall and alehouse in the town, and the tale becomes more unholy by the minute. Since you are the only person who seems to have met and spoken to them, I shall be very pleased if you will tell me what happened - we need to know who these people are, how they got here, without any knowledge of the Town Guard, and where they have gone. Firstly, if you will, do you know why they chose the Reverend Musgrave's house to call upon?"

The noise had now diminished to the point where Jean's voice was audible - it wavered a little, but was quite strong and clear.

"My Lord, if it please you, they said they knew the Minister's home, being a large building, must be the dwelling of an important person. I told them that Mr Musgrave was gone on business to West Derby, but they gave me a gift for him and made a short address - their accents were strange, but I could understand most of what they said."

"And what did they say, Granny? - what do you remember about them?"

"They arrived in some sort of carriage - I did not see them approaching, until they knocked at the kitchen door."

"Pray tell us of this carriage - how many wheels? - how many horses?"

"Neither horses nor wheels, My Lord, it was black, and square, and it shone like glass - about the size of a small coach, but without windows or fastenings - I did not see it closely, but I knew it was strange. Unfamiliar."

"Please go on, Granny - what about the visitors themselves?"

"They looked very peculiar, My Lord - I told the Constable all this..."

"Yes, yes, Granny, I have the Constable's account here - I need you to tell me what you saw, so that I may better understand this mystery."

"There were two of them, My Lord - they were tall, they were men, I believe, though their clothes were peculiar - they had pantaloons which reached to their feet, they wore no coats or cloaks, they were without beards, their heads were bald - shaved, I think - and they had pictures and patterns painted on their skin."

"Nay, My Lord, they seemed to be some form of decoration - flowers and artistic forms."

"They seemed to be upset, they were arguing with each other all the time - they asked me twice what was the date, and they said the year was wrong, though I am certain I told them the truth. They said they had come from not far away, but from a long way in a different age - from the future, they said, though I know not what they meant."

The background chatter sprang up once more, but Sir Thomas silenced it with a glare.

"They gave me a box, which they said was a gift from our descendants - it would help us rid ourselves of the plague, they said."

"The box is before you on the table, My Lord," interjected the Clerk.

The box was about the size of a man's head - without any markings. Sir Thomas lifted a flap and put his hand inside, and removed a number of shiny, cylindrical beads with rounded ends - all identical, each about the length of his thumbnail, with one end coloured yellow and the other crimson. He looked at a few of them, in the palm of his hand, and rolled them onto the tabletop.

"There must be many thousands of these in here," he said. "Do we know what they are?"

The Constable, Simon Chaffell, rose to his feet.

"If it please your Lordship, as yet we do not know. They do not seem to be any kind of explosive device."

"Thank you, Master Chaffell," said Sir Thomas, "I shall come to you in a moment, if you will - in the meantime, let me resume my questions of Mistress Farr. Granny, please tell us what happened next?"

"Well, My Lord, I was going to prepare for them some bread and meat, and a little ale, after their journey, but they began to shout loudly, and they ran out into the kitchen garden, and up the hill towards the Mercat - they were very upset because their coach had gone without them..."

Sir Thomas gestured towards the Constable.

"Chaffell, can you tell us what happened?"

"Well, Sir Thomas, the Widow Lalsworth was watching from her window opposite, and she saw two youths playing around the coach - Young Joseph Smallbone and his friend, the Fool Michael."

"Yes, Sire, a simpleton who lives down at the Barnlands near the Nether Gate - he spends much of his time with Smallbone, who is a thief and a prankster, who does not work and never attends the church..."

"I understand - please go on - what did Mistress Lalsworth see?"

"She said that she saw Smallbone interfering with the coach - he climbed upon it, and went inside it. Then there was a strange sound - like music, the Widow says - and the coach disappeared. Then the strangers came out of Mr Musgrave's garden, shouting, and chased the Fool up the hill towards the Mercat Cross. We have searched for them since two days now, and alerted all the watch, but no sign has been found. We have examined the place where the coach stopped - there are no tracks of wheels or animals - there are only three round depressions in the earth where it rested. Otherwise the ground is undisturbed."

"Thank you, Chaffell - I am concerned that these strangers, in such an unusual vehicle, could have entered though the gates of the town without being seen - I trust that they will be apprehended if they attempt to leave. I understand that there has been no sign of Smallbone, either? We must keep this "gift" in a secure place, in case they return, and perhaps we might examine some of these beads more closely. I would really like to know what these things are. Do you have any ideas, Constable?"

"None, My Lord - perhaps they are some kind of religious offering, or gems of some kind? I know that Mistress Farr has some thoughts about this."

At an enquiring glance from Sir Thomas, Old Jean spoke up.

"I know this is without sense, My Lord, but I think they may be some kind of money."

"Money? - they do not look like any kind of money I have seen, Granny."

"Yes, My Lord, but the strangers told me that these beads are called Penny-Shillings in their country, and are highly prized." 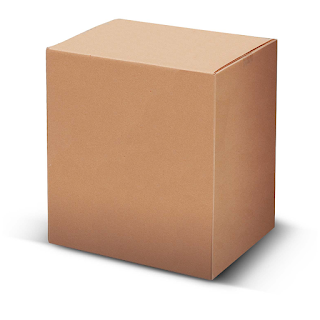