A long time ago, when I was quite a young chap, I bought a house in a very quiet terrace in the [legendary] Edinburgh suburb of Morningside. My neighbours were, almost without exception, elderly, and I'm not sure that the arrival of my family in the street was greeted with universal approval. I was aware that we were under surveillance for a lot of the time during those early months. There was a great deal of "curtain twitching" - it seems people knew a lot about us, though we hadn't really met anyone. They knew who came and went, they knew that I wore jeans on Saturdays, and I didn't attend Greenbank Kirk. 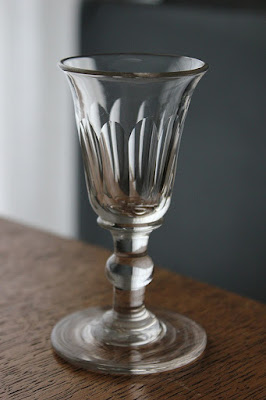 There are advantages in such a situation. One afternoon I took a half-holiday from work, and came home to receive delivery of a package of dinner plates. As soon as I had arrived home, the phone rang. It was Mrs Cruickshank, one of our most prominent local curtain-twitchers.

She was sorry to disturb me, but a parcel had been delivered for me that morning, and since my wife and I were not at home, she had agreed that the delivery man could leave the parcel at her house. She wouldn't normally have noticed such goings-on, of course, but she had just happened to be adjusting the curtains when she saw the van arrive. The parcel was very heavy, and could I please come and collect it?

Well, yes - certainly. Still wearing my official work suit, I went three doors down and across the road, and rang Mrs Cruickshank's doorbell. Mrs Cruickshank must have been about 80, I guess - very smartly dressed but very thin.

We introduced ourselves, and she showed me the parcel - it was my dinner plates, early, but safe enough. Mrs C offered me a cup of tea - I attempted to swerve this, but there was no way I was not getting a cup of tea, so I joined her in her kitchen, and she started looking for the necessary equipment. She opened a cupboard - no cups, but there was a cream cracker with some cheese lying on a shelf - also a sherry glass, half full, on a different shelf.

She tried another cupboard. No cups, but there was another sherry glass - also half full, in there. She was about to go for another cupboard, but I spotted a framed photo on the kitchen wall - a young man in RAF uniform, and thus successfully managed to change the subject and end the cup hunt.

The photo, it turned out, was of her son, John, who had been in the RAF during the war, and had been badly wounded. His injuries had meant that after he recovered he could not stand the cold in Scotland, so he now lived in Malta, she told me. He had been dreadfully hurt, she said, and her eyes filled with tears. I'm not very good at that sort of situation - I suspect I was even worse then. With as much good grace as possible, I offered my thanks and took my parcel home - I never did get my cup of tea, now I think about it.

Mrs Cruickshank moved away shortly afterwards - I never saw her again, Whether she went into care, or hospital, or maybe went to Malta to live with her son, I know not. But I did find out subsequently that her ex-RAF son was really rather famous. There is a short bio on Wikipedia if you would care to have a look.

Something or other reminded me of Mrs Cruickshank recently (no - I don't think it was the sherry glasses in my kitchen cupboard), and I had a poke around online to find out more about John. It seems he's still alive, and - if he is - he'll be 100 in about a month from now.

So there you are - a pointless tale about someone you don't know and I never met, but I'll put a note in my diary to drink a glass of something in his honour next month, wherever he is. 20th May - anyone care to join me?

Apparently the BBC made a documentary film about this incident in 1995 - excuse the rough pictures, but here it is, introduced by the excellent Martin Bell [The Man in the White Suit - famous war correspondent and one-time destroyer of Neil Hamilton the Sleaze-Ball...]