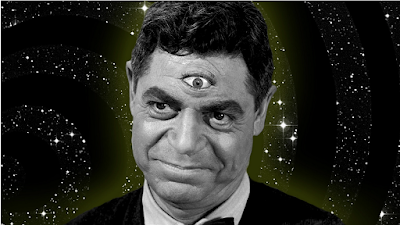 This follows from an email exchange with a friend - we have got into a discussion of the strangest wargames we've been involved in. His suggestions have been generally more entertaining than mine; most of my own involved grandiose projects - often with multiple participants - sometimes organised by established clubs - for which the average budgerigar could have accurately predicted disaster. Games which could never end, games which were scuppered by the non-arrival of a key participant, one game which was stopped by a burst water pipe in the flat above. You know the kind of thing - all this must be small beer to you veterans.

One game I still remember with trembling was my first attempt at staging a proper miniatures battle. In a big rush (I was looking for a new hobby), I read Featherstone's War Games from cover to cover, plus various magazine articles, and decided that Airfix-based ACW would be just the thing. I had no modelling skills, no knowledge, no idea. I bought the First Bull Run volume from the Knight's Wargame Series, and pored over every word [when you have a minute, count the ways in which this was a very silly approach]. 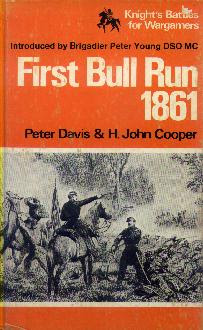 Whatever, I was too busy to do much thinking - I spent about six weeks daubing paint on hacked Airfix troops - boxes of the beggars. In the pub, I spoke of my new project to my downstairs neighbour, Ken, who was very enthusiastic about the idea and offered to help me to get started. He seemed to be coming from the right sort of direction, since he had a large model railway stored away in his cellar, and also had an enormous dining table in his apartment.

Since my own model railway scenery was stored away in a box in a cupboard in my parents' house, in a distant city, I let him persuade me that he would be just the man to host a trial battle - he had plenty of HO-scale trees and stuff, even exotica such as papier-maché hills. If I just brought along my armies and a working knowledge of some rules or other, he would set up the field, and would stock up on beer.

We had some discussion about a suitable scenario. It was obvious that Bull Run itself was well out of scope, but I found a scenario in a magazine which involved a fight around a railway depot. Ken was very excited by this; we scribbled out a rough map, with a little railway and all that, and we arranged that I would bring my soldiers, rulers and dice down to his flat on Friday evening, and Ken would have the battlefield set up, ready.

When I arrived, on the Friday, I was dumbfounded to find that he had totally ignored our sketch-map and constructed a complete loop of railway, with a station and a tunnel, and a couple of little (modern) trains which were going round and round. Have you ever had a moment when the Universe slips a little? My armies were obviously irrelevant in this setting; I realised that this nice man who had invited me to look at his etchings had an evil plan. 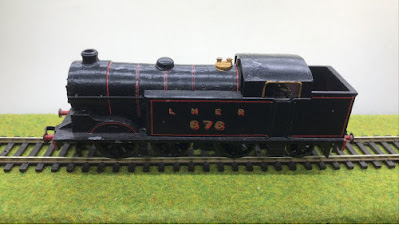 I pointed out - diplomatically - that this was not at all what I had in mind, but it got rather nasty very quickly. He was obviously as disappointed as I was. Storming out was easy, but he was my neighbour, and he snubbed me for the next two years every time our paths crossed. Fair enough - I snubbed him too. In fact we got into a sort of running contest to see who could get his snub in first. Snub Wars.

My wife and I moved away to another house about 4 years later, and some time after that I bumped into him at a friend's wedding. He was quite affable, and asked me was I still doing the "toy soldier thing"; I admitted that I was, and he said he would like to come to one of my games sometime. Gave me his business card. I flushed it down the toilet approximately 15 minutes later.

I never go out with men who do model railways on a first date.

I still laugh about this. The wargaming context is almost incidental, I suppose, but it rates as one of my classic Tricky Moments - I was young and awkward enough to be upset by it. Nowadays I'm just awkward, so such things don't bother me.