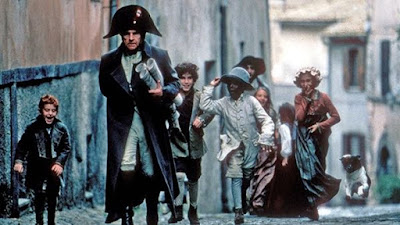 He had a remarkably successful career in movies, and I have a particular fondness for him. Of course he will mostly be remembered as Bilbo, and for his roles in Chariots of Fire and Alien, but he also has the unique distinction of having played the part of Napoleon in two films. OK - neither of them was what you would call an orthodox take on European history. One was Terry Gilliam's Time Bandits, and the other is one of my very favourite movies of all time, The Emperor's New Clothes, released in 2004 and directed by Alan Taylor, which must be one of the supreme "what-if" stories ever.

If you haven't seen The Emperor's New Clothes, I would recommend wholeheartedly that you try to do so. In fact, I'm going to watch it again this evening. Here's a taster: