I need to improvise some command figures to complement some Hinton Hunt OPC British Dragoons I am in the process of refurbishing - Waterloo period uniform. I've considered various alternatives, but this afternoon's effort looks promising. This is an SHQ-Kennington trumpeter mounted on an HH horse. 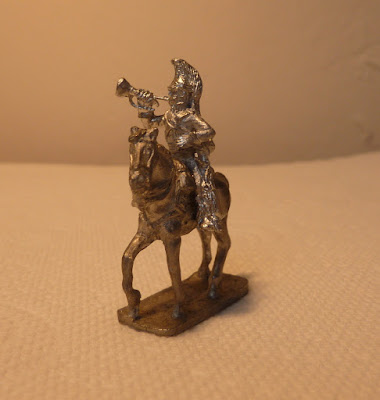 He must have had a rather uncomfortable time being adjusted to fit his new horse, but it took a lot less work than I anticipated. Here he is pictured with one of the HH troopers - good for scale and general appearance, I think. I have a slight concern that the "shaving brush" at the front of the helmet is a bit puny by HH standards, but I think some fusewire and a little acrylic putty will put that right - a simple enough job - and I'll try to patch up that trumpet a bit while I'm at it. 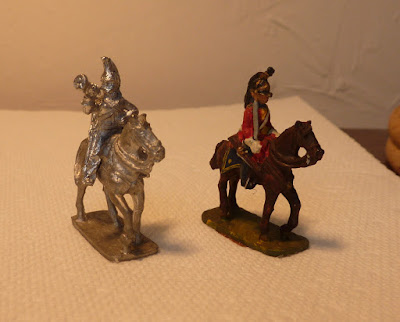 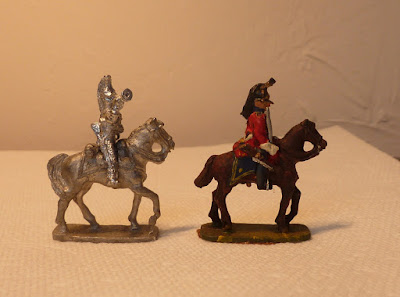 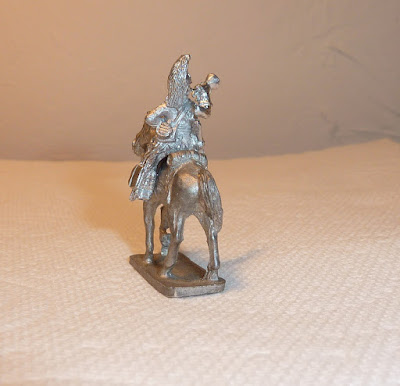 Officers and another trumpeter to follow, then a group paint job - could be another low-effort refurb job (with luck!).
Posted by MSFoy at 18:52