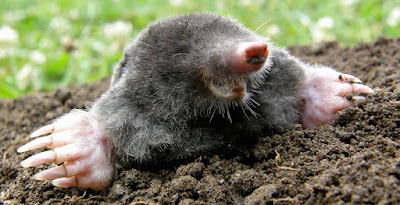 I have observed over the last week or so that a mole has been making a mess of one edge of our back lawn - just at the foot of the stone wall which keeps out The Deep Dark Forest. I had hoped that this was just a passing visitor, but the mess is getting worse and there are fresh entry holes, so I guess something will have to be done about it. 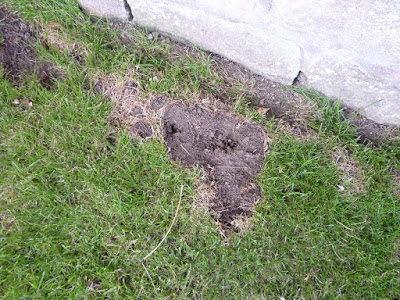 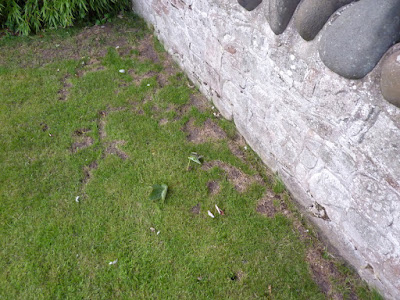 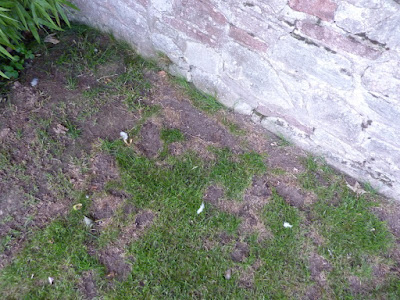 We've never had moles in the 20 years we've been here. When I first arrived, my next door neighbour had a fine collection of big, cartoon-style molehills, and so I bought myself an ultrasonic mole-scarer. I have no idea whether the thing worked, but we never had a mole subsequently, so maybe it did. When we were getting some landscaping done here, last Winter, we found the old mole-scarer in a border somewhere. I was tempted to fit new batteries (first for 19.5 years) and see if it still worked, but then I realised...

How can you test if an ultrasonic mole-scarer is working? If you can't hear the stupid thing, then the only proof you might get is if suddenly there is a crowd of moles carrying little suitcases on their way out.

We threw out the old gizmo in January, and forgot about it. Well, we may have to invest in another. Nowadays, of course, you can get solar powered ones, but there's still an act of faith in there somewhere. We bought ultrasonic mouse chasers for the garage at one time - no idea if they worked either, of course. Brilliant scope for a scam. 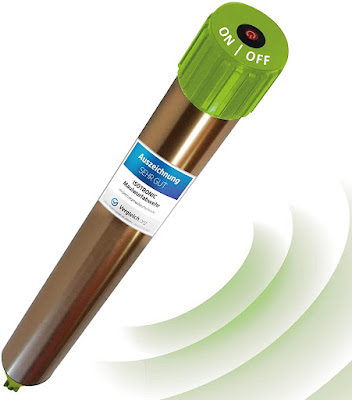 The whole idea of selling someone something that they can't prove works is very good. Echoes of those chaps who sold the Emperor his invisible suit. 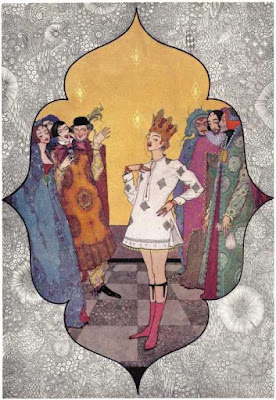 I have no wish to hurt any moles, so discouraging them sounds a better idea, but I have to say that the only time you see moles in these parts is when there is a line of the things hanging on a fence somewhere, so maybe needs must.

I had a look online for painless ways of getting rid of moles, and found adverts for clinics in Orlando which will remove them with lasers, so I gave up on that.