Best time for fiddling about on your own - the house is quiet and much cooler. Tonight's action was some gentle testing of the revised Combat rules. OK - identified a couple of areas where I'm not quite sure what happens next (or, let us say, there are some choices to be made), and confirmed one rule I wasn't sure of. Good so far. 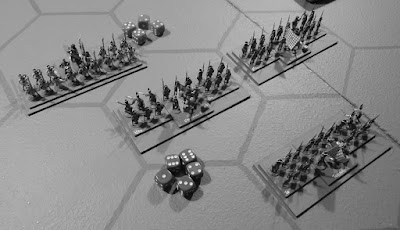 Buckets of Dice and Old School monochrome; The IR Palffy try to see what happens if they make an ill-advised attack on a superior force of Bavarians 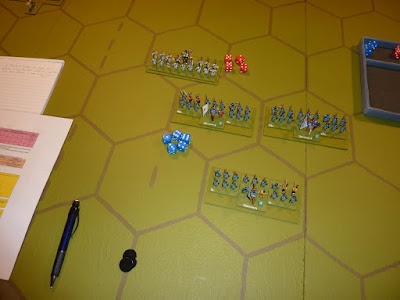 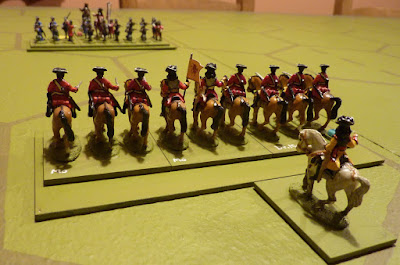 Monasterol Dragoons, with General attached, check out their chances against an isolated Austrian unit across the valley. This section of the testing confirmed the adoption of a provisional ruling: viz Mounted Troops who do not win a Combat, if the troops are still in contact, must retire 1 hex or 2 hexes - their choice, but they become Shaken if they go for 2...

Up close and covered in soot

Tomorrow some more complicated Combats, and try out the new Artillery rules. Baby steps. Take lots of notes. Hot chocolate is a big help. And a little Couperin on the hi-fi does no harm for period feel.