Hooptedoodle #78 - Snobbery as an Art Form

Hypocrisy is the essence of snobbery, but all snobbery is about the problem of belonging.
Alexander Theroux 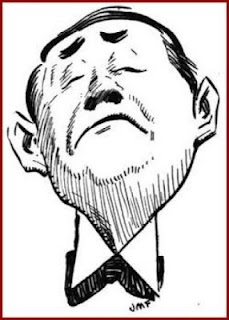 An elderly man I once knew used to like to show off his garden to visitors. He didn’t get many visitors, in fact, but when he did, if the weather was at all favourable, they would get the grand tour.

It was a large, unusually beautiful garden, so this sounds like an attractive proposition, you would think, but the reality was rather different. During the tour, he would tell them everything – everything – he knew about each plant, plus most of what he knew about gardening in general. To emphasise the superiority of his vast knowledge, he would punctuate the tour with complicated quiz questions which the guest could not possibly answer. I don’t know if anyone ever actually died during the circuit, or ran away screaming, but I do know that no-one ever exposed themselves to the risk of repeating the experience.

In other ways – and I have to say I did not know him well – he appeared fairly normal. I know quite a lot of enthusiasts who inflict this odd kind of sadism on inoffensive strangers – I have even been known to do a bit of it myself – and I sometimes wonder why.

The old man with the garden did it, I think, because he liked the garden and liked to talk about it, which seems healthy enough, but also because it reassured him to prove how clever he was, which is a little darker. In the realm of gardening, he was an appalling snob.

While attempting to sort out the contents of my sock drawer the other day, I switched on the bedroom TV, and caught a bit of daytime programming. I got to see a little of Masterchef (the UK BBC version), and it had reached a final stage or something, so they had Michel Roux Jr (no less) in the studio, plus some noted food critics as a judging panel. 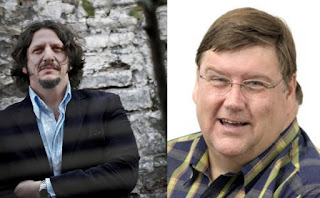 Two of the Masterchef judges

Now I quite like Masterchef – I can live without the Reality TV overtones, but I am generally interested in good food, and I like to see the techniques and the dishes. Michel Roux looks scary, but he was pretty good value – personable and supportive to the budding chefs under stress, interesting and informative about the food. The critics on the panel were something else again. If we try for a moment to overlook the fact that anyone who gets paid for eating on television is intrinsically ridiculous, they reminded me why I have always hated professional critics. Po-faced and disapproving throughout, they took it in turns to say something even more pretentious than the others about the dishes on offer. It would have been deeply satisfying to slap the lot of them – in fact that should be a feature of the programme. Or else Michel Roux should ask them to cook something themselves while he stands over them.

What they had to say had much more to do with their own cleverness than about the job in hand or what they were stuffing into their sad faces. There it is again – the old man with his garden. These people get paid for telling us what they know, what they think – which is all about themselves. It has no relevance to the context or the audience, unless, of course, we wish to learn from their style and become snobs too.

I played in jazz groups, both professional and semi-professional, for a good many years, and jazz critics were the arch-demons of that world. As my grandmother used to say, “If you can’t do something, then stand in the wings and criticise others – that’ll keep you amused”. There are many muso jokes about critics. You can spot the critic at a concert, they would say, because he is the one tapping his foot out of time with the music. A critic, they would say, is a man who can tell you who played valve trombone in the Benny Moten Band in 1930, whether or not you wish to know, and who will tell you that “” is actually called “(Back Home in) ”, though he will not be able to whistle the tune.

Generally speaking, critics like to write about themselves. Perhaps it gives them peace.

Art snobs, film snobs, antiques snobs, WINE snobs (aarrgh!), hobby snobs, know-alls, self-appointed experts of any and all disciplines, members of golf clubs, Former Pupils’ associations, churches....   it’s all about excluding people, finding some reason to discriminate – the more petty or far-fetched or contrived the better. We belong (don’t we?) and you don’t.

I had a boss once who used to have an annual get-together with his senior people which involved a dinner and a wine tasting. That’s right – a wine tasting. He used to bring in a professional organisation who would do a wine tasting in your own home if you wanted one – rent-a-snob. He did it, of course, because he fancied himself as an expert and wished to demonstrate this in front of his subordinates. Sadly, he eventually lost his job because he was an alcoholic, which a less charitable person than me would find amusing.