I'm still clearing out my mother's house, and amongst my dad's old junk I found a strange thing. Anyone seen one of these before, or know what it is? - I have no idea, by the way, so this is not a prize quiz!

It is a cylindrical rod of dense, dark wood - not ebony, I would say. It's very hard. It is exactly 1 foot in length - hmmm - it also has the crown emblem and V-R stamped into the end, so, whatever it is, it is Victorian and it was government property. 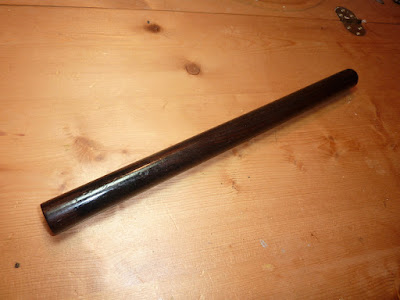 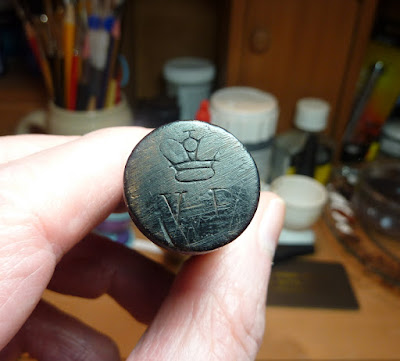 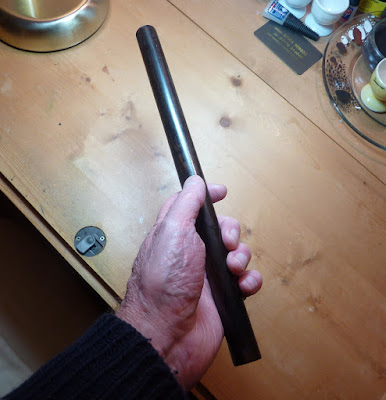 My first thought was that it might be a police truncheon or night stick of some sort, but it's too puny, and examples I've seen of such things are usually lead-filled and fitted with a wrist-strap. Perhaps then, I thought, it is some sort of official measuring stick used by excise men or someone with a governmental role. It does look a bit like a miniature ECW general's baton of office, but that's by the way.

If my dad collected it as an artefact of interest then it might well be connected with ships, or stevedoring - as a young man he worked at Liverpool Docks and was always fascinated by sailing ships and the maritime traditions of the old port.

The reason I thought of a measuring stick was because I have seen examples of antique yard-sticks used for measuring the depth of beer or spirits in a barrel, and they were the same sort of idea.

Any clues? Obviously it isn't important, but it would be nice to understand what it is.