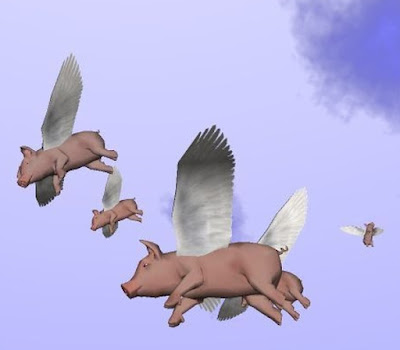 I read somewhere, recently, someone describing someone's written output (not mine, I hasten to say) as a stream of the uninteresting, enlivened here and there with brief moments of the inconsequential. It occurred to me that my Hooptedoodle folio must get precious close to just this, but - since I have a certain house standard and tradition to maintain - I feel I should persist with the current editorial policy.

Today's Pointless Post is merely to note the quick passing of a coincidence - a wow, just fancy that moment which is unlikely to distract you from your day's purpose nor tax your belief set. These things happen, after all. 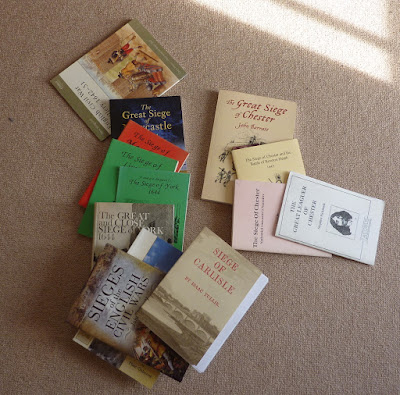 I have been doing a lot of reading about sieges in the English Civil War, at least some of which is directed towards developing a workable siege game. One of the sieges I am about to come back to is the Leaguer of Chester.

When I'm reading the history of battles, campaigns and so on I very much benefit from having a decent map to hand - I seem to be unusually bad at visualising a geographical area without such an aid - there have been many occasions, reading on the bus of Napoleon's adventures in Saxony, for example, unable to unfold Loraine Petre's flaming maps, when I have nodded stupidly at a bewildering list of German villages in the narrative, and tried to ignore the fact that I have once again completely lost the plot. So one of my bits of preparatory work for my continuing siege research was to find some decent maps of Chester online, and print a couple off. I found, and printed off, this one

which dates from 1580, and is not ideal, since it predates the siege and thus shows none of the relevant details, but is a good start.

Now I have been having a tidying-up session this week, and I felt that it would be a good idea to put my printed map somewhere safe so that I can use it when I get back to reading the Chester stuff (probably next week). My splendid idea was to fold it and put it inside my favourite Chester book, John Barratt's The Great Siege of Chester. The bad news is that I will never possibly remember where I put it, but the good news is that I might get a pleasant surprise next week when I open the book again. You know how these things work.

So I opened the Barratt book to store the map, and - purely by chance - the book fell open at exactly the same map. I didn't even know the map was reproduced in that book. OK - the limited subject range obviously has a big effect on the probability, but what were the chances of that? Would you take me on at any dice game on such a day? Should I break with tradition and buy a lottery ticket? 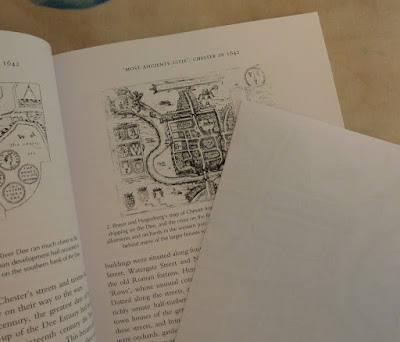 Nah. It was just an isolated fluke. There will be another one along soon, and it will probably be just as useless.

In passing, just for a bit of fun, my post heading is supposed to be an oblique reference to flying pigs (a British euphemism for a very unlikely event) - can anyone tell me where the quote is from? If it helps, it isn't Icelandic - no, I didn't think that was helpful either. [If you solved it using Google you are a tosser, by the way.]
Posted by MSFoy at 12:14