With all due credit to a number of excellent and imaginative ideas received (thank you, John, Francis, Louis and others), I think I have a plan… 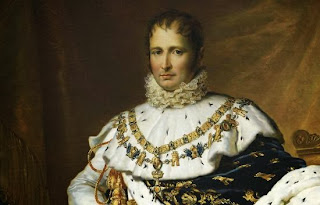 Joseph, with grateful thanks from the French nation for his valiant work in successfully removing the Spanish threat from our borders and furthering the glory of the Empire, is to be appointed King of the new state of Germania, an important and challenging new role which he will carry out with the energy and humanity with which [… and blah blah blah].

Germania will contain a number of regions, some of which will retain their current, traditional rulers, all now to be subjects of the King. Since details are not complete we do not yet have a map, but a view of the current version of the Rheinbund is included here, for reference. 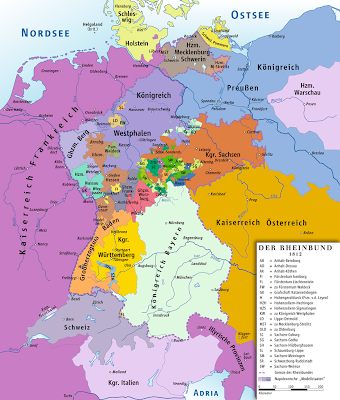 The new Kingdom will stretch from the River Ems in the west to Vorpommern in the east, bordered by Schleswig-Holstein in the north and Westfalia to the south, and will contain the following territories:


Politically and strategically, this will:


Germania will be a key member of a new, stronger, redrafted Confederation, though whether it will absorb the armies of its constituent regions into a unified army is uncertain. The capital will probably be Hamburg.

And that’s really all we need to say about that for the moment, other than to note that Joseph will now disappear from the solo campaign, taking Jourdan with him as his military Chief of Staff. Perhaps he will return to my table some time in campaigns associated with a Prusso-Swedish invasion of Vorpommern, or a French move to absorb Holstein – I’ll need someone to provide some new armies if it happens… 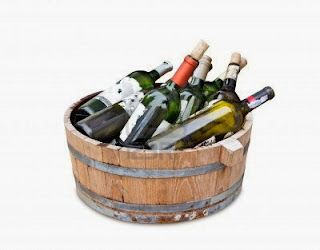 Now I need to get on with re-organising the French army in Spain – what’s left of it – and arrange for someone to take all Joseph’s empty bottles to the dump.
Posted by MSFoy at 09:27