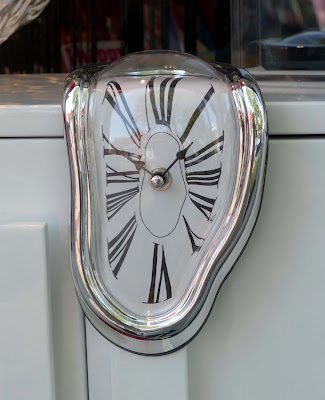 The more I thought about issues connected with time in wargames, the more I started to think that maybe there wasn’t much to say. There are some key decisions to be made when designing a game. Since it will not run, smoothly, by itself in real time (like a model railway), we have a practical need to replace continuous action/movement with a series of step turns, each representing an interval of time; perhaps these will be alternate turns, perhaps (if someone finds a way to do it) the intervals may be of varying length to suit the situation, the intensity of the action – however this is done, the compromise is similar. The shorter the intervals, the more closely we approximate to continuous action (like the stop-frame animation techniques used in Wallace & Gromit, my very favourite pieces of Plasticene). Very short turns will also reduce the problem of determining the exact timing of events (volleys etc) during the bound, but will also give a laborious, fiddly game. That is all pretty clear, but very short turns will also accentuate one of the great philosophical mysteries of wargaming – why doesn’t the real time represented by the elapsed turns add up to something realistic?

Here’s a quote from the Wargames Research Group’s then-shiny new Wargames Rules 1685-1845, published April 1977; bear in mind that these represented something of a change of direction for WRG, switching (correctly, in the cause of playability) to alternate turns, and abandoning their trend-setting combat factor table system:

Time Scale - Each bound can include action comparable with that possible in 80 seconds in real life. However, the bound overlaps both the preceding and succeeding enemy bounds, so that one friendly plus one enemy bound also equals 80 seconds. As this, multiplied by the likely number of double bounds in a game, gives an unrealistic duration for a real battle, we assume that each bound also includes a variable amount of delay. We therefore recommend assuming for campaign purposes that a pair of bounds represents half an hour.

This, remember, is from game designers and rule writers who were not noted for ambiguity or mincing their words – the same booklet specifies exactly how big a marsh is allowed to be, for example. If the WRG, no less, were as woolly as this about how time elapsed adds up in the game, then this is very serious recognition that the matter is not straightforward.

I’ve referred to this before in this blog, and the discussion generated a comment from Ross Mac which has played on my mind ever since. With a grateful doff of the hat to Ross, and with my own rather clumsy paraphrasing super-imposed, the observation refers to the Battle of Waterloo: something like a quarter of a million men spent a long summer’s day within a few miles of each other; any one of the infantry units could have marched right across the field in a couple of hours – so what the blazes were they doing all day?

To an extent, this demonstrates how little intuitive understanding I have of what a real battle was like. The only reasonable answer is that, by and large, most of them must have spent most of the day hanging around, doing very little other than being in position, implying a threat. Very obviously, all over the field, lots was going on, but any one of the participants in the ranks must have spent most of the day waiting – waiting for the ground to dry, waiting for the other lot to do something, waiting for orders, just waiting.

Another thing which I find difficult to fathom – though I enjoy trying to unravel it – is the widespread disagreement we find in accounts of what happened, even to the extent of published exchanges of umbrella-rattling letters between colleagues who were within a few hundred yards of each other. I am writing about the Napoleonic Wars here, remember, one of the best documented periods of history – an astonishing proportion of the survivors left eye-witness accounts, and yet there is still huge debate about what order events occurred in, who did what, exactly where they were and so on. There must be many examples we could pick on, but one which has always intrigued me in particular is my old chum Marmont’s career-spoilingly bad afternoon at Salamanca on 22nd July 1812. 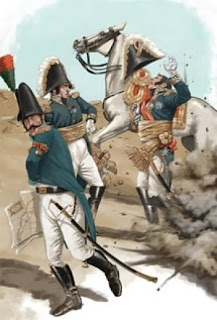 Realising that the brigades on his left have got themselves out of order and left some gaps, Marmont calls for his horse, with the intention of heading out there in person and sorting them out, when he is wounded by a shell, which spoils his concentration more than somewhat. In his memoirs, Marmont (who has a little dignified ass-covering to do on the subject of his performance that day) estimates it was 3pm when he was wounded. Foy, who was less than a mile away, estimates it was between 3 and 4. Wellington, however, is said to have spotted this over-extension of the French left while he was at lunch, around 1pm, and sent orders to Pakenham accordingly, which makes it unlikely that it would have taken Marmont a further two hours to spot the problem. Basically, we don’t know. This seems almost impossibly strange to a 21st Century reader – in a modern context the exact moment the C-in-C was struck down would be known without doubt – order sheets would all be headed up with the date and correct time, there would be a paper trail a mile wide from which to reconstruct events, if need be.

This was not the case then. There was no satellite transmission of accurate time, no time signal on the radio – the pocket watches of the day would also add a little inaccuracy. Most importantly, the mindset was different. People thought in terms of a day’s march, “about midday”, “late afternoon” – they would not have understood our modern-day obsession with spurious accuracy of time-keeping. So there is plenty of scope for disagreement between witnesses, in the midst of so much confusion. But there is something more – the confusion itself appears to be related to a certain subjectivity in people’s perception of the passage of time.

The history of a battle is not unlike the history of a ball. Some individuals may recollect all the little events of which the great result is the battle won or lost, but no individual can recollect the order in which, or the exact moment at which, they occurred, which makes all the difference as to their value or importance. 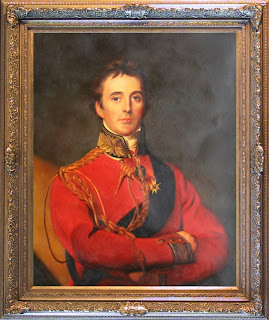 So what is he on about? Surely it is a straightforward matter to assemble an accurate account of a battle, even if it is complicated? There are a finite number of events, and each must have occurred at a known time. Time, very conveniently, travels only in one direction, there is only one of it, and it is the same for everyone. Is this true? [In what follows, I am not trying to labour a pun on the word “ball” – it’s just a coincidence!]

I had a long think about this. You can watch, or produce a decent written report of, a football match, for example, because there is only one ball, and the ball is the central point of focus of the game. If you asked each of the players involved to relate exactly what he had done during the match, none of the accounts would be the same as the report of the game, and this is because much of what they describe will have happened “off the ball” – running into spaces, making dummy runs, positioning themselves for a pass which did not come, and so on.

Further, the inter-relation between the individual events in these personal histories would be complex, and might only be apparent in retrospect. This is becoming more like a battle – radio commentators can make a very nice job of describing a live football match; commentating on a developing riot is a different challenge – it is impossible to identify the significant moments without knowing what is going to happen later – and there are too many balls in play at the same time. 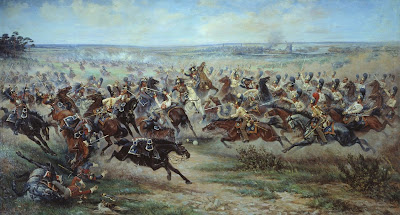 Even if you can reconstruct everything that happened, and the timing, building a single, linear narrative of the whole thing is probably impossible, and we have already established that the individuals involved will have different recollections.

Considering my initial doubts, I seem – once again – to have expounded very little at great length. Last time we discussed this problem of tabletop time vs real time, we touched on the subject of Command Activation rules; one of the traditional things which go wrong in a wargame is that we waste an awful lot of time shunting all the units around, including the ones which aren’t actually doing anything. Activation rules are useful because they push you back to focusing on key areas, which removes a lot of the spaghetti from the Western.
Posted by MSFoy at 18:21