This follows on from yesterday's posting about inventing a fictitious nation for the Napoleonic Wars. It is simply an exercise in massaging history a little to fit the script, so please bear this in mind if you proceed to read it! I am still not sure whether I will progress the idea... 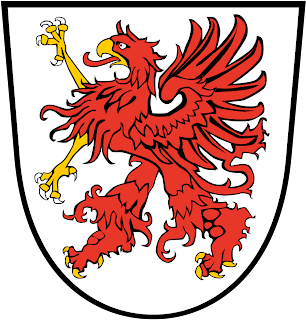 The ancient land of Pommerania lies spread across modern borders, and the names of its subdivisions, even now, are confusing. Wikipedia requires a hefty table to show what the bits are called, by whom, and at what times they changed. In broad terms, Pommerania was based around the great Prussian cities of Danzig and Stettin, which now lie in Poland. 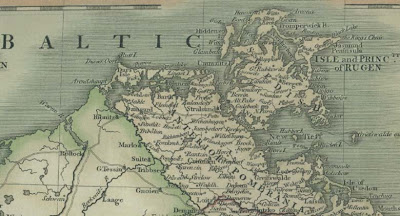 The area which is Vorpommern – Hither Pommerania in English – is the western end of the whole. At the end of the 18th Century it was a Swedish possession, but it was a mere stub of its former self. All territories east of the River Oder had been ceded to Prussia, and in 1720 the Treaty of Stockholm gave all land south of the River Peene to the Margrave of Brandenburg (which was also Prussia). Bounded by Mecklenburg in the west and Prussia on its other sides, Swedish Pommerania was a small but much-coveted coastal province on the Baltic. The only two towns of any significance were Greifswald, which had a famed university, and Stralsund, which guards the passage to the large island of Rügen (Rugie in French), which the Swedes were desperate to develop into a major naval base and seaport. Russia was very interested in this area, and, understandably, Prussia had been trying for many years to rid itself of its Swedish neighbour. 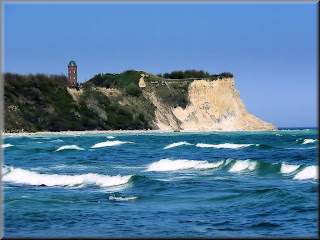 Sweden’s King Gustav IV Adolf regarded Napoleon as the “Monster of the Apocalypse”, and Sweden were unwise enough to join the Third Coalition (ended by the Treaty of Pressburg following Austerlitz) and, since they were slow learners, they were also members of the ill-fated Fourth Coalition. After Jena-Auerstadt, Napoleon determined to take control of Vorpommern, which would get rid of Swedish influence in northern Germany, protect his new ally, Mecklenburg, and deprive the British Navy and British merchants of the use of Rügen, which was a major smuggling centre.

In 1807, as a sideshow to the main campaign in Poland, the French occupied Vorpommern and destroyed the beginnings of the Swedes’ great new port of Gustavia (on the Mönchgut Peninsula in Rügen), and Marshal Mortier laid siege to Stralsund. The siege did not go well. The defence of the town was organised, with commendable spirit, by Johann Heinrich Essen, its governor. The Swedish army units which had been in Vorpommern had retreated on to the island of Rügen, and it was impossible for the French to prevent supplies and reinforcements reaching Stralsund from the sea, given the presence of Swedish and British navies in the Baltic. Eventually, largely since Mortier was required elsewhere, the Truce of Schlatkow was agreed on 18th April 1807, and Marshal Brune was left in command of the French effort. 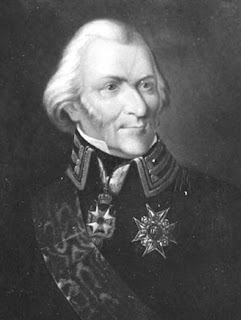 King Gustav himself duly turned up in Stralsund, presumably foamng at the mouth, and denounced the truce on 3rd July. The siege was reopened, but it did not last long. Gustav was prevailed upon to go back to Sweden on 20th August, and a Treaty was signed the same day, negotiated by Brune and the formidable Count Johan Kristoffer Toll, who managed to extract terms from the French which are remarkably similar to those of the Convention of Cintra. The Swedish troops were shipped safely home, in exchange for the French taking control of Vorpommern. In true Cintra-like fashion, Brune was disgraced for his part in this, and his career never recovered.

As is true of all sideshows – and anywhere Napoleon was not personally present was always a sideshow – the coverage of what happened thereafter is very sketchy in most accounts of the wars. 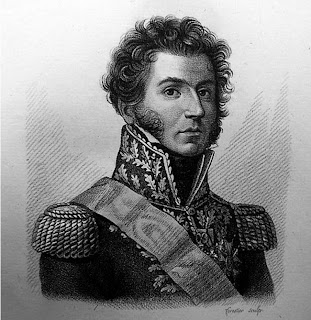 One of Brune’s subordinates, General de Division Gabriel-Jean-Joseph Molitor (1770-1849), one of the Empire’s rising stars, was appointed French Governor of Stralsund, and was granted the title Comte de Rugie. He found himself with an immediate issue to handle – a substantial proportion of the Swedish troops on Rügen had been of German and Polish origin, and almost all of these had refused to be shipped back to Sweden, so there was a large number of trained soldiers ready to fight for the new, French supported, “independent” Vorpommern. The Swedish rule had not been popular, there was a legacy of cultural and religious problems which gave rise to a pro-French enthusiasm which exceeded all expectations. There were even volunteers for military service coming from the new Brandenburg territories south of the Peene, since Prussian rule was not popular either.

Always the opportunist, in March 1808 Napoleon created the new Duchy of Stralsund-Rügen, appointing the elderly Friedrich Wilhelm, Graf von Grimmen as Duke, the titular head of state, at Stralsund, and the Duchy, along with its neighbours, Mecklenburg-Schwerin and Mecklenburg-Strelitz, joined the Confederation of the Rhine. The traditional Vorpommern title was officially dropped, since it was a potential source of confusion and disagreement, most of old Pommerania now being in Prussia, but the name of the new state was itself a sore point, and one which makes the study of the history difficult now. German speakers have always called the place Vorpommern, and the troops raised there were invariably termed “Rugeois” by the French – even in official returns.

The population of the new Duchy was in the region of 120,000 in 1808, and the original military contribution to the Confederation was fixed at 2000 men and 800 horses, but the availability of the ex-Swedish troops and the flow of volunteers from the south allowed these figures to be doubled in October 1808.

The Duchy was to provide a battalion of grenadiers, 2 of fusiliers, 1 of jaegers, plus 2 small units of light cavalry. There was also supposed to be a unit of field artillery, but it is not clear whether that was ever raised.

The organisation of this force, and their campaign history, is a subject for a future note. 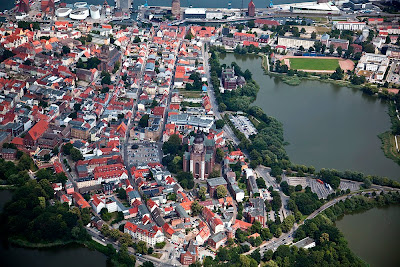 Email ThisBlogThis!Share to TwitterShare to FacebookShare to Pinterest
Labels: Imagi-nation