This morning the plan was to visit my old mum, in the care home in the village. Sometimes this can be kind of heavy going, but the visits mean a lot to her (though she forgets about them almost immediately), and I do feel better afterwards. 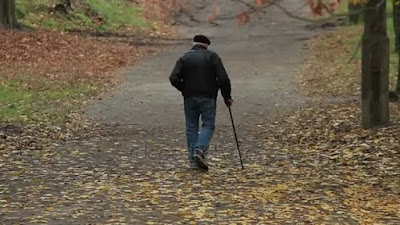 This is not a great time, for a lot of reasons - I drove off to the home in my van, trying to find something on the radio which was not about the latest political excitement here in the UK - not easy. Apparently Adrian Mole and his football hooligan sidekick have pulled a brilliant fast one by sending some foreign chaps a letter written in disappearing ink (or something). Wow - what a corker. I can feel patriotic pride flooding though my old veins. What a bunch of self-serving tossers.

When everything turns to rat droppings, Schadenfreude is probably all we have left. Ultimately, I'm past caring what happens - bring it on, but I do have a list of key individuals who I hope get their just desserts after the public enquiry. In such a context, trying to engage my mother in conversation is something of a light relief.

She can only stand my visits for about 30 to 40 minutes (people who know me may understand this), then she starts to get anxious, so when the time appeared to be right I said cheerio and see-you-soon, and left, to get some groceries at Tesco's on the way home. There's a strict regime at the home, whereby visitors have to sign in and out. This all makes good sense, and I was told that, if there's a serious fire, the signatures in the visitors' book will make it easier to reconcile the body count. That's probably more security information than I had thought I needed, but it also bothers me a little - what happens if the book is consumed in the flames? Never mind - if I'm dead, I won't care.

I  signed out (11:45, if it matters), and as I opened the front door to leave there were two fellows standing outside - plumbers, come to service the heating. I held the door open for them, exchanged "good morning"s, and the older of the two said:

"Does someone on the staff know you're going out?"

So that was all right, then, but I was a bit shaken. As I went to retrieve my van, I was actually laughing out loud. Hysteria? - quite probably, but there is a certain black humour in the thought that one day I may be trapped in the home forever because the plumbers aren't convinced I'm a visitor. Not even Adrian Mole is above such judgements, eventually, I guess. Thank you, God.

Maybe I should take a break from watching my Twilight Zone box set.

Here's a trailer from one of my favourite movies, which is getting more poignant every day.