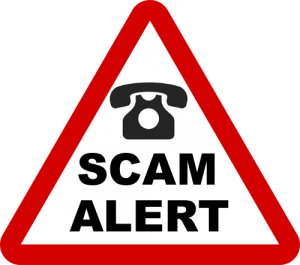 Armed with our whizzo anti-nuisance phone, we have got rather used to not being hassled by morons, but the use of randomised fake caller numbers seems to have brought the problem back.

No damage done here, but just a general heads-up. This scam was going the rounds last year, based on fake emails. It's now moved to the telephone. This last week we have been averaging 3 or 4 scam phone calls a day, sent to both our landline and my wife's mobile. The sender number appears to be randomly generated - none of the numbers is listed on Who Called Me and similar sites, and a call to any of them is rejected as invalid - no such number. Thus we can block each individual number as it is used, but it doesn't help much.

On the 3 occasions we've answered the call, there is a recorded voice message (English, with an Indian-subcontinent accent) which tells us that our Amazon Prime account will now renew itself by billing us $39.99 each month. If we do not wish to renew, press "1" to speak to an account advisor.

We did not press "1", of course, though some nervous people might. None of us has an Amazon Prime account (I can't imagine why we would want one), though both of the telephones in question were used in connection with chasing up recent non-delivery problems (and promised but imaginary refunds) associated with the Amazon Marketplace. Coincidence?

I don't think changing passwords or anything is going to help - we could change our contact numbers for our Amazon accounts, I guess. For the moment we'll just try not to answer, not play along and hope they get fed up with us soon.

Anyway - keep an eye open. I have already ditched my eBay account because of the security risks. I'd hate to lose access to Amazon, but I am starting to think about not buying anything more from Amazon's "marketplace" sellers. I'm sure they are mostly bona fide, but we've come across some lulus.