Courtesy of a couple of whizzo articles from newatlas.com, an exciting glimpse of the future - pick your own nightmare. 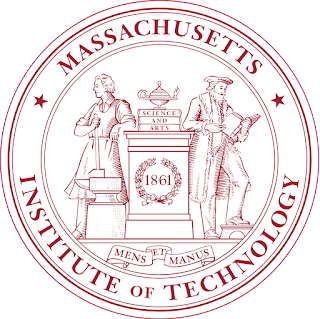 Naturally, we are all fascinated by the possibilities of the scientific world of plant nanobionics, which has recently produced such marvels as a variety of spinach which can give off a warning glow in the presence of explosives (if you don't believe me, click here). The idea is based around the development of  microparticles containing enzymes and other organic substances, which are small enough to be absorbed into the leaves, so that extra reactions can be introduced into the plant's normal repertoire. 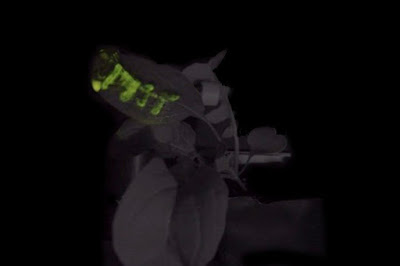 MIT have recently developed a strain of watercress which glows in the dark. This was achieved by studying the chemical processes used by fireflies, and introducing microparticles into the humble watercress which will simulate this same light-producing trick. Thus far, it isn't very bright, to be quite honest, but the hope is that it should be possible to engineer plants as seedlings so that the trick will last throughout the life of the plant - the aim being to make it hereditary. There is hope that indoor plants will be developed which require no additional energy to produce a light bright enough to read by, thus saving some of the estimated 20% of the world's electricity bill which goes towards providing lighting. Beyond this there are visions of specially "hacked" species of trees whose leaves will glow bright enough to replace electric street lighting - just think of that. 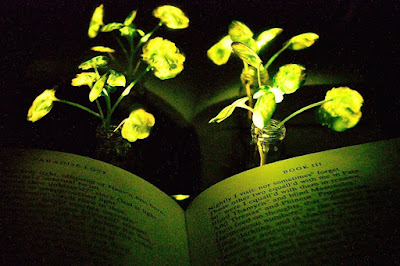 If we ignore the potential psychological damage to confused fireflies, not to mention what chaos will hit the streets in the autumn when these wondrous shining leaves fall off, you may still wish to share with me some concern at the possibility that someday it may never be dark again. Fear not, o timid soul - the engineers at MIT are already considering that the hacked trees may be further tweaked so that they can turn themselves off on a given command, so what can possibly go wrong?

What if the plants propagate and spread naturally, beyond the places we want them? Is this the future botanic section of Jurassic Park?

I really don't know how people can be so negative when there is so much potential out there. Read all about it here. 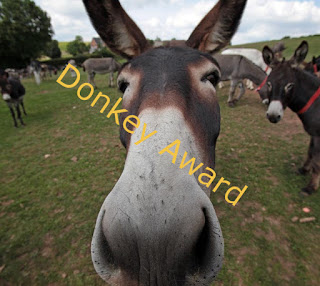