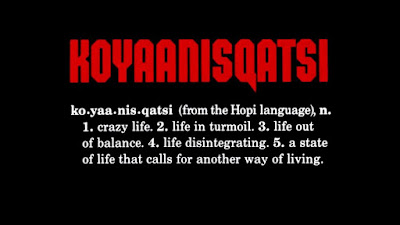 Today was Saturday, and tonight we had an excellent takeaway meal, from the Bengali restaurant in the village, and afterwards my son said, "Shall we watch a film?", which is what often happens after a takeaway on a Saturday.

After some discussion, it transpired that the Contesse had stuff to do, and chose not to watch a film, but was happy that my son and I should do so. We have little to watch that is new, at the moment, so the standard process requires that we choose a film we have seen before.

Eventually we chose Koyaanisqatsi, which we have both seen many times. Since I have some advantages in the time dimension, I can claim to have seen it more often than my son. In fact I have a long history with this movie - I first saw it in the cinema (1982? - I was going to say "can it be so long ago?", but when I see the clothes and the technology and - strangely - the spectacles, it becomes obvious...), then I owned a VHS tape of it, and now I have it on DVD. I must have watched it on some pretty dodgy TVs over the years, I guess. My first wife hated it - I think she felt that it somehow summed up some characteristics of mine with which she had never come to terms. One has to respect these things - water under the bridge; she was almost certainly correct - she was mostly interested in shopping for clothes and staying in expensive Italian hotels, and thus my tastes often appeared strange to her. 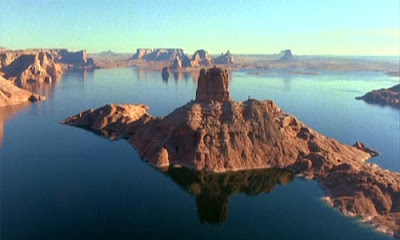 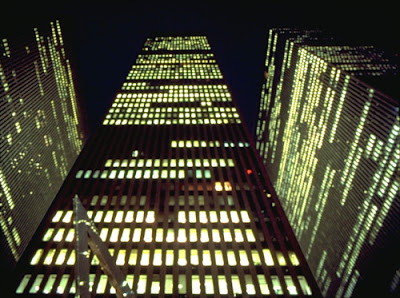 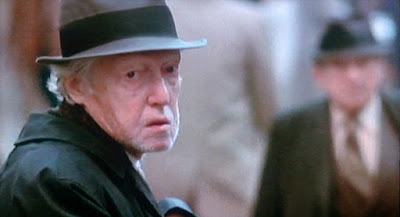 So why do I love this film? - no idea. I am not particularly proud of loving it. I accept that it is very dated now, that it is not a particularly smart film to like, that the eco-political themes and imagery are unsubtle and sometimes actually kind of dumb, but it is a trip, man. I like to sit and stare at the screen and think "Wow!" for 90 minutes, or whatever it is. My long-deceased former roadie and lifestyle guru, Rab the Fab, reckoned that it was right up there with 2001 - A Space Odyssey for watching while under the influence of LSD, an experience I would not rush to try, though 3 glasses of Spanish red wine did no harm this evening. Dumb or not, I still find the wackily hypnotic Philip Glass score very effective, I still laugh like a drain at the scene which alternates speeded-up footage of customers on the escalators in the New York subway with a clip of a machine making frankfurter sausages; also, we still play the game where you have to spot the first signs of life in the film, and then the first evidence of mankind.

At the end, we always feel we should discuss what we have seen, but it never gets very profound. Maybe the film is not really subtle enough to generate much debate. Maybe it is just a trip, man. I have never retained any lasting conclusions other than that I would not choose to live in a city in the USA - at least not in 1982. I'll watch it again next year - I'll look forward to it.

Here is the final scene, which seems to me to depict man attempting (unsuccessfully, on this occasion) to carry his stupidity, waste and ugliness beyond the confines of his own planet...