Hooptedoodle #374 - Tales of Shopping during Lockdown 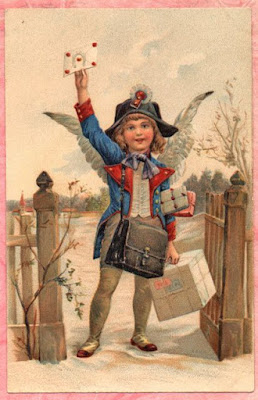 (1) The international parcel saga - as mentioned a few days ago, I made an online purchase in the USA, and it took 12 days for the parcel to travel from somewhere in Massachusetts to the Global Shipping Center at Erlanger KY. I am astounded to relate that, though the scope for detailed tracking rather dropped out of sight thereafter, the package duly arrived on my doorstep in South-East Scotland bang on the promised date, so the international part of the trip took only 5 days, despite the involvement of Pitney-Bowes [who?] and Hermes at this end.

So, as promised, I have to admit that I am very favourably impressed. Credit where credit is due. Well done, everyone. 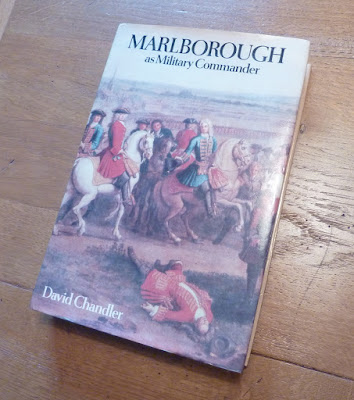 (2) A happy coincidence - I was pleased to manage to obtain a pre-owned copy of David Chandler's Marlborough as Military Commander online for only £6 plus P&P, and it duly arrived, promptly and tidily, from a bookshop in Bradford. I was very pleased to find that the book was clean and tight, but was especially happy to find a label on the inner cover revealing that it was previously owned by Charlie Wesencraft, no less. Since I read somewhere that Charlie was a close friend of Dr Chandler, I had a mad idea that I might have got an author's signature for my £6 as well, but alas, no!

I now have a number of books which were previously owned by celebs, as it happens - a set of The Dickson Manuscripts and a set of Sauzey's volumes on French Napoleonic allies, both formerly owned by George Nafziger, and a couple of ECW books once owned by Peter Young. These were all just flukes - there are a couple more, but at present I can't remember what they are, or who they came from. I did once buy a book on eBay which had previously been owned by me, but that is another tale, and rather embarrassing.

(3) An unusually fortunate purchase on eBay [UK]. Someone tipped me off that there was an item which looked like the sort of thing I might be interested in (old toy soldiers of an old-fashioned size). I checked it out and, yes, I was interested. The seller was someone I've dealt with before, and he comes up with some very nice old stuff from time to time. Starting bid was £12. The seller was also open to offers - based on past experience of what these figures typically go for, I made an offer of £16. Rejected.

OK - I upped my offer to £21. Also rejected. This was getting a bit steep for me, so I just placed a normal auction bid of £16 - there were 6 days to go. I reckoned I would be happy if I got them for that, and I would have been fairly priced out of the market if I didn't.

I was out this evening, but got home to find that I had won the item for the £12 starting price. No other bids, no other interest. Obviously we win a few and we lose a few, but it demonstrates the risks of making (or not accepting) offers on an auction item - risks both ways, of course, but I'd have happily paid the £21...
Posted by MSFoy at 23:29