My personal context for this post is just a regulation-issue, time-of-life thing. I visit my elderly mother in her nursing home each week - always at an odd time and on a random day, so that I can't be accused of being late, or of having missed a visit. No problems with this - obviously I am happy to visit my mum. She enjoys my visits, though she doesn't remember them, but it is taking me longer and longer to recover from them. She is increasingly confused, often distressed by her chaotic interpretation of the real world and her own memories, and has become (I regret to say) surprisingly vitriolic and actually quite racist in her views. She is regularly unpleasant to her carers, which of course they handle with cheerful, professional indifference, though it causes me much agony on their behalf.

From my own point of view, each visit helps to convince me a little more that extreme old age has no upside - it seems like a very mean trick indeed. In my heart I know this cannot be true, but the evidence is overwhelming. I make these regular visits to an old lady who is no longer anyone I remember; she is mostly angry, or upset, or depressed - she thinks that the staff are trying to steal her belongings, she doesn't like the other residents, because they are old and stupid, and so on. Each time I leave I feel oddly privileged to be free to walk out of the place, and I take the long route home through the lovely countryside. My wife has come to dread the days I visit my mother, because I always come home very gloomy.

This, I hasten to say, is not a whinge - it's a situation shared by a great many of my friends and contemporaries, so I have to shape up and get on with it. Apart from vague stuff like duty, I wouldn't want it any other way. It's the very least I can do for my old mum. I try not to think about how long I have until it's my turn to be visited, but it's inevitable that aspect of it should bother me a little as well. 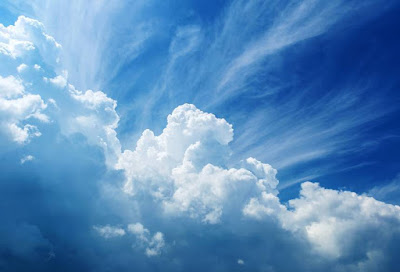 Along these lines, I've recently been exchanging occasional supportive emails with my friend Martin, whose father, Ben, is becoming "a bit difficult" (to use Martin's phrase). Martin, by the way, is happy that I should post this story here. [All the names, of course, are changed!]


Martin's mother died suddenly a few years ago - she was, I am told, a lovely but rather mousey little lady, who never had a great deal to say for herself. Martin has been surprised by the extent to which his dad, who always made all the decisions and was very outspoken ("never suffered fools gladly") has shrunk into himself since he was widowed. They rarely heard from him, they were concerned that he chose to spend all his time on his own. They bought him a big TV a couple of Christmases ago, and after a month he put it back in its box and stored it in the garage. Martin suggested that his dad might join an evening class, or do some voluntary work at the local hospital, or renew his interest in photography, but he got very short answers. He got an old friend of Ben's to arrange to take him down to the pub occasionally - that didn't go well - they fell out after a couple of weeks, and Ben came close to starting a fight at the bowling club. Ben phoned up Martin a couple of times at about 3am, to tell him that there was a car parked in the street outside his house, and it shouldn't be there. Ben's street, apparently, is full of cars from end to end. Martin told his dad not to worry about it, so his dad phoned the police instead.

Round about the same time, Martin got a quiet heads-up from the family doctor that his father didn't seem very well, might not be eating or looking after himself properly, and refused to answer the door if anyone called. Martin's wife, Angie, is a treasure - she's energetic and kind-hearted and all the things which Martin claims he is not. She suggested that they should take Ben with them on their Saturday groceries-run to Sainsbury's. It would get him out of the house (they could pretend that they needed him to help them), and it would give an opportunity to make sure he was buying some decent food for his own larder.

To Martin's astonishment, his dad was delighted to go to Sainsbury's with them. It all went very well - maybe, ominously, too well, Martin thought.

The only problem initially was that the old man found the shop too noisy - too many kids, too many people. So after he'd put his own shopping in their trolley he liked to go and stand outside in the car park. On the drive home he would tell them at great length of all the examples of dangerous or antisocial parking he had observed. Martin was not invigorated by the subject matter, but old Ben was more animated than they had seen him for years, so they decided that even a rather weird interest was better than none. 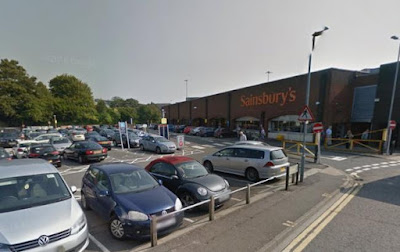 By the third Saturday there was trouble. Sainsbury's had received quite a few complaints. Ben had printed a little supply of notices, and he spent his visit putting them under customers' windscreen-wipers, explaining that they had used the disabled spaces without displaying the requisite Blue Badge, or had parked in the mother-and-child spaces when they patently did not have a child with them, or had parked carelessly, protruding over the painted white lines or (more subjectively) thoughtlessly close to the next vehicle. Some customers thought initially that Sainsbury's themselves had issued these notices, but the supermarket staff had observed Ben at work. Tactfully, they mentioned to Martin and Angie that they'd have to ask for this to stop, and immediately.

By the following week, Ben was driving to Sainsbury's in his own car on Saturday - purportedly to do his weekly shopping. Martin and Angie's pleasure at this news was short-lived. He wasn't shopping. He hung around all afternoon in the car park, harassing the customers and telling them off for parking badly, or driving too quickly, or not controlling their children, or (apparently) speaking too loud.

The manager at the local Sainsbury's had become quite a good friend of Martin's by this time, and he went to visit him, to discuss what they could do. They hatched a cunning plan. 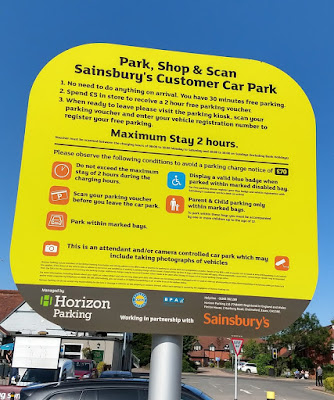 The next Saturday, Ben arrived at Sainsbury's on his weekly mission. You are allowed 2 hours in the car park, maximum (this to prevent local workers and residents jamming up the place), and after 2 hours Sainsbury's clamped Ben's car and issued him with a parking ticket, for repeatedly breaking this rule, and parking in "an inconsiderate and antisocial manner". Ben was mortified - ashamed. He agreed with Sainsbury's that they would destroy the ticket if he promised never to hassle their customers again. 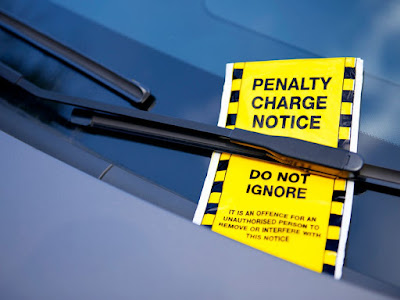 That, of course, does nothing to address Martin's other, related problems, but he is quite pleased with that outcome. He says you have to celebrate what little successes you have, as they come along.