Hooptedoodle #343 - Castles in the Air 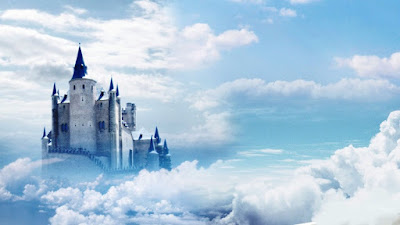 Yesterday I visited a friend of mine, a retired architect. When I say retired, the term is relative - he still takes on some private work - he enjoys the technical and creative challenge, and the modern computer drawing tools are good fun. He also has to pay continuing professional subs and make some token effort at keeping his knowledge up to date, and he has to pay for personal insurance. An architect is never off the hook - if a building collapses and kills someone, years after completion, the architect may still be found personally liable if the design is proved to be faulty.

Over coffee, he shared some hairy old yarns of the building sites and the shenanigans and politics in the Building Control office. This prompted a story from me which I had forgotten about for a while - a story about another architect friend of mine from years ago. It occurred to me that it might be worth a run out here. 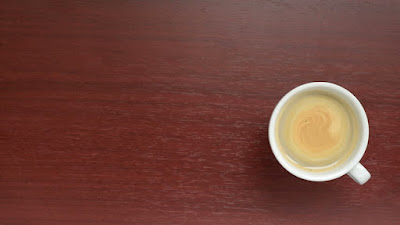 This story dates from the early 1980s. My eldest sons were then at primary school in Morningside, Edinburgh, and my then wife befriended a group of other mothers she met at the school gate. Next thing, I was roped into a round-robin of socialising with these ladies and their families. Being a miserable soul, I wasn't too keen on this kind of enforced jollity, and was relieved when it fizzled out a bit. One of the husbands, though, was Bob, with whom I got on very well - a most interesting and amusing chap. A great football fan - a life-long follower of Partick Thistle FC.

Bob was an architect - nothing glamorous - no fancy Georgian office in the New Town for him - he was a time-served, City & Guilds type architect who came up the hard way, and he worked for a little company no-one had ever heard of. In fact, this company was a small part of the bewildering empire of one of Scotland's major retail banks at that time, and it was responsible for the maintenance of the bank's property. Thus the architects there carried out a wide range of tasks, from the refurbishment of a rural branch office to the design and construction of a new banqueting hall at the head office. This, I hasten to add, was many years before the astonishing excesses of the emirates of [Sir] Fred Goodwin and his chums at RBS and elsewhere. 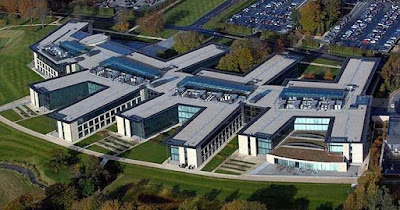 Bob was a good friend, and he did me a couple of very useful favours, producing very heavily discounted designs for a kitchen extension and an outbuilding at my previous home. We also enjoyed a good few beers together, and he told me stories of why the architects in his little organisation did rather well.

They all did "homers", you see - private jobs, unconnected with their employment, though a lot of the private work was done in the office, during office hours. At the time, there was a "perks of the job" facility available to directors and top management in the bank - they were allowed to take out loans at very low (sometimes non-existent) rates of interest, for the purposes of house purchase, or home improvement, or similar. Usually some bricks-&-mortar type of investment.

If this seems like an abuse, I have to say that such facilities were widespread throughout the finance industry at the time. They would also be available in some form to all permanent members of staff, though the amounts would normally be less than those involved for the top brass. As Bob said, "In a brewery there is usually the odd bottle of beer going spare - in a bank, the situation is the same, except the stock in trade is cash - the place is awash with it". 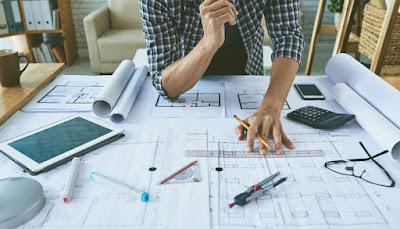 The procedure was that a competent, detailed design would be required for the work - if it were approved, the cash would be advanced through the Personnel department. The scheme, naturally, was ultimately under the control of the same senior individuals who were benefiting most from it, and the validation and costing of the drawings were carried out by Bob's colleagues in the design office - who, in almost all cases, would have produced them in the first place. Payment for the design and drawing work was paid to the architects individually in cash, and [allegedly] a lot of this went on out of sight of the Inland Revenue. Bob reckoned that a fair proportion of this building work was never carried out - a design would be produced for a fictitious project, it would be approved and costed, the loan would be granted, cash paid for the architect's services, and the world would move on.

Bob's first involvement in this odd sideline came when he was approached by one of his directors, who wanted the attic floor of part of a listed mansion house in the Scottish Borders equipped with a TV lounge, a billiards room and a small guest apartment. Bob was puzzled by the "nudge-nudge, wink-wink" style of the proposition - and one of his more experienced colleagues explained that the job was probably a hoax - just a fund-raiser. The money might be used for anything at all - it might even be invested to provide a return well in excess of the token interest on the loan.

Despite this his professional instincts persisted, and Bob became very interested in some of the challenges of this project - at one point he went to see his client, with his drawings, to discuss an idea he had for a light-well into the stair area of this attic conversion. He realised very quickly that the director was not interested in his ideas - in fact was rather surprised to hear from him. Then he remembered - the thing would never be built.

Bob got all sorts of private commissions from the bank's senior echelons, their relatives, golfing friends and so on. He did not make a fortune out of it, because he kept a sense of proportion, but some of his colleagues really did very well indeed out of their homers. One of them, a South African chap named Albert Hinkus, became something of a legend, and achieved a sufficiently ostentatious lifestyle to attract resentment amongst his peers - someone seems to have tipped off the Revenue.

Hinkus received a letter from the tax authorities, which basically said something to the effect that they suspected that he had other income which he had not declared, and they invited him to a personal interview at Drumsheugh Gardens. This was not unlike being invited to Gestapo HQ.

Bob says Hinkus had holiday properties in France, which he rented out, also a modest yacht based at Trinité-sur-Mer in Brittany, which he also rented out, and he was reputed to own a share in a vintage Le Mans-style Bentley, though his official salary was nothing extraordinary.

Hinkus went along to his interview in a terrible state of anxiety, apparently. After having a couple of attempts at mystified denial completely ignored, he decided that they obviously did have something on him, so he confessed. Problem was that, once he started, he became very emotional and couldn't stop, and he gave them full details of many years of untaxed fees for private architectural work, amounting to tens of thousands of pounds. When he had finished, his interviewers were very worried about his state, and offered him a cup of tea and a chance to rest for a few minutes.

Over tea, one of them thanked him very much for his full and frank co-operation, and said that the only definite information they had had previously was that he had been paid some £30 for squash coaching lessons at a local private school the previous year.  He was also reminded that he must be sure to claim for his transport expenses in connection with the squash coaching.

I don't know what happened to Hinkus - I understand the abuses of the fantasy buildings scam were drastically pruned subsequently. Bob himself was a very religious fellow, and would never have done anything as iniquitous as cheating on his tax, but he said that some of his colleagues had some very sleepless nights, waiting for more letters from HM Inland Revenue.

In passing, I am reminded that Bob had some very bad luck some years later. He and his wife had bought an old farmhouse, and he had an extension built on the side, including a large conservatory which, of course, he designed himself. I never saw it - my wife had kept in touch with Bob's wife, and she said it was beautiful. Just as it was being completed there was a serious fire that destroyed much of the house. No-one was hurt, fortunately, but it took a couple of years to restore the place. Because the house was unoccupied at  the time of the fire, the police investigated the incident.

There was nothing suspicious, but the cause of the fire is alarming enough to stand as a warning. An inexpensive spotlight - designed to clip on to shelving - fell off and landed on a sofa in the new sun-lounge; unfortunately, the rocker switch on the lamp hit the sofa, and it switched itself on, scorching and ultimately igniting the sofa and resulting in a major conflagration. Never use clip-on spotlights - if they still make them, avoid them. 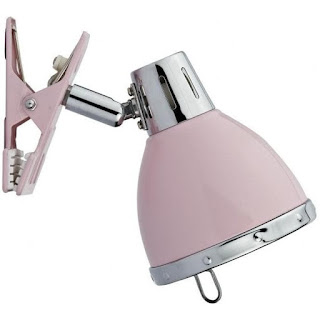