I thought it would be best to put this note out now, to avoid any baseless rumours. 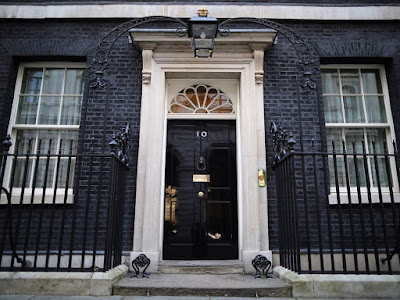 I have come under some pressure recently to put myself forward as a prospective leader of the Conservative Party - it was even suggested that it might be expected of me. I have thought about it long and hard for at least seven minutes, and I regret to say that I shall not be doing this; I do not wish to disappoint anyone, but I think it is only right and proper to be straightforward about the matter.

(1) I have become alarmed at what I can only see as falling standards of behaviour in the House of Commons. I have to assume that the emergence of a reality-TV celebrity as President of the US has triggered an appetite for the proceedings of the British Parliament to be converted into a reality-TV show in its own right. Whatever, I feel I might find the working environment to be insufficiently dignified. Call me old-fashioned if you wish.

(2) I fear that my Thursday bridge evenings would cause something of a clash with the requirements of the job, and I could not live with myself if I did not give the thing my full attention.

(3) The timescale is very short - there is not enough time for a proper lobotomy, even a private one.

(4) I have some difficulty with the idea that the internal squabbles of the Party are somehow more important than the fate of the nation. I accept that the problem appears to be my own, but, again, I would find this a distraction.

Thus - with all due thanks and sincere appreciation to those who have encouraged me to stand for election, I confirm that I shall not be doing so. I am confident that whoever does get the job will do at least as well in the role as I could have done, so I extend to them my best wishes.

If anyone feels the wish to suggest some suitable candidates, I would be delighted to hear from them.
Posted by MSFoy at 10:38